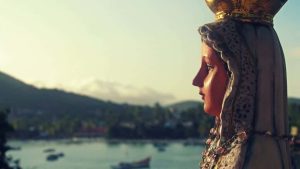 Catholics as faithful believers in the Virgin Mary, mother Jesus, according to the country or place where she has manifested herself, we have given her a name, but she is still the same Virgin. Here in this article we tell you everything about Marian dedications, in the world, Catholic, Christian and much more, do not stop reading it, it will surprise you

It is important to refer in the first place to the origin of the word “a dvocation” it derives from the Latin word Advocare, which means “to call or invoke”.

Within Catholicism, a Marian dedication is the way in which the mysteries, revelations, gifts or singularities of the Virgin Mary, mother of Jesus, are mentioned. Another of the peculiarities that characterize a dedication is that it alludes to historical and geographical facts, proper in which the devotion of a particular revelation originated.

Marian devotions are of special importance for the life of the Christian believer, since it is through this devotion that a direct relationship with the Virgin Mary can be established, so that she intercedes for her faithful, from heaven.

To name the Marian devotions, the formulas of the type are used:

Although we also come across cases where proper names are adopted, in the company of the name María and the respective invocation. As we will see in the following examples:

Marian devotions can be grouped or classified into different categories. Next, we mention some of them:

In this category we have the Virgin of the Annunciation, Assumption, Presentation, Candelaria. Conception, Nativity, among other deities.

The Virgins of Hope, Consolation, Trinity, Mercy and Charity are grouped in this category. These are not all that make up this category, only some of them are mentioned.

According to the physical state of the Virgin, we find in this section: Virgen de la Soledad, de los Dolores, de los Remedios, among others.

Alluding to its intermediary condition, as well as protection for the believer, we have the Virgin of Mercedes, Help of Christians, of Charity and many others.

There are those that mention the fruits, birds, some inflorescences, as the qualities that surround them. These are the virgins of el Pino, la Paloma, la Granada, among others.

It is related to the geographical place, where their shrines of worship are located. This is the case of, for example, the Virgen del Carmen, the Virgen del Mar, Virgen de Fátima, Lourdes, among others.

Position of the Catholic Church

In accordance with the precepts of the Holy Catholic Church, the invocations that are intended to mention Mary are considered as exclusive ways of calling her from the biblical aspect, and that are related to her, such as: actions, places or messages that identify. And the Catholic Church makes it very clear that they only recognize a Virgin Mary, as the mother of Jesus.

These dedications throughout the centuries have acquired multiple interpretations regarding the genuine value of teaching for Christianity. It is for this reason that a fairly important majority of other churches, outside Catholicism and in the company of unbelieving scholars, have taken on the task of generating a matrix of opinion, trying to endorse these deviations in the forms of worship, practices of pagan adorations that existed in some towns before being evangelized.

For the Catholic Church, the commemoration of the different Marian devotions is a process that lasts practically the whole year. There are celebrations of the Virgin Mary, throughout the liturgical year, other Marian festivities are included in the Roman calendar, and of course the feasts of the Virgin that are stipulated in the calendars of the churches in each of their ecclesiastical parishes.

Next, some of the Marian celebrations that are contemplated in the liturgical and Roman calendar are mentioned. In addition, it is important to remember that, on a large number of occasions, local dedications are celebrated by making them coincide with the Assumption or the Nativity; and others take place throughout the month of May, the month in which the Church traditionally destines the Virgin.

Venezuela is par excellence a country closely related to religious celebrations, especially its devotion to the mother of Jesus, the Virgin Mary, and its large number of invocations. This is thanks to the fact that Venezuela, almost 80% of its population is Catholic, according to data collected by Latinobarometro in Latin America.

It is very common that, in every home in Venezuela, there is an image of the Virgin of Coromoto, Del Valle, Chiquinquirá, La Divina Pastora, Betania and others that may or may not be patron saints of the localities.

The patron saint of the Lara state is La Divina Pastora, her story is linked to the revelation that the Capuchin friar Isidore of Seville received while he slept.

It is said that Fray Isidoro de Sevilla, while asleep, had a dream in which he could see the image of the Divine Shepherdess. With the instructions that the friar gave to the painter Alfonso Miguel de Tovar, it was possible to recreate more spawning days, that revelation. According to the descriptions, it was possible to capture in the work, a covered with a blue mantle, wearing a shepherd’s hat and in her left hand she holds the child and with her right hand a lamb.

The inhabitants of the Lara state became devotees of the Marian dedication, in the figure of the Virgin of La Pastora, in the middle of the 19th century. By the time the year 1855 was passing, a frightful cholera epidemic was unleashed in Venezuela, which completely devastated Barquisimetan families, without prayers in combination with traditional medicine being able to reduce mortality.

The priest Macario Yépez, who was the parish priest of the La Concepción church, and being on the verge of death from the epidemic, asked before the image that he be the last to die from the cholera outbreak.

In this way and according to the accounts of the time, that, as of January 14, the outbreak of the disease disappeared. And since then, every January 14, the image of the Divine Shepherdess is mobilized, from the church of Santa Rosa, to the cathedral of Barquisimeto.

The Virgin of Chiquinquirá is one of the Marian dedications that has more parishioners in Venezuela. She is also known as La Chinita , as the people of Zulia call her.

Its history is linked to a very humble old woman, from the Saladillo neighborhood, who found a small board on the shores of Lake Coquivacoa, while washing her clothes. This piece of wood had nothing special and the old woman used it to cover some water jars in her house. A few days later, an image appeared on the board and the lady hangs it on the wall.

It is in the year 1709, on November 18, while María Cárdenas was doing her housework, she heard some knocks coming from the wall where the board hung. Her surprise was enormous when she observed that the entire board was illuminated by a resplendent light and the Virgin was observed on a kind of crescent, with a child on her lap, and Saint Andrew and Saint Anthony to her right and left. .

The patron saint of Venezuela is the Virgin of Coromoto, who appeared in Guanare, Portuguesa state. In the year 1591, the indigenous natives of the region were forced to flee to the jungle, which hindered the process of evangelization that the Catholic Church had been developing in the region.

On September 8, 1652, the Virgin Mary appears to Coromoto, who was the chief of the tribe, requesting that they be baptized in their own native language, telling them: “Go to where the whites are and you must ask them about their heads pour the water of baptism on him, so that they can go to heaven.”

All the members of the tribe did what the Virgin had instructed them, except for the Indian Coromoto, who fled back into the jungle. The apparition of the Virgin was made manifest in a tree fiber stamp, and today that relic is venerated in the National Sanctuary of Our Lady of Coromoto.

Pope Pius XII, in 1950, declared the Virgin of Coromoto as the patron saint of Venezuela, and Pope John Paul II proceeded to her coronation at the Marian Sanctuary in Guanare

The Virgin patron saint of Trujillo is Our Lady of Peace and its inhabitants celebrate her day, every January 24, with their now traditional procession. Some inhabitants of Carmona, a town in the state of Trujillo, say that in the year 1568 the Virgin appeared to a group of people who were on the Peña de la Virgen hill.

The inhabitants of the Carmona town say that, in the afternoons, they saw how from the Peña de la Virgen hill, a young woman would come down to buy candles. Intrigued by the repeated times that this happened, they asked her the reason for being alone and she replied: “That she was not alone, she was with God, the sun and the stars.”

The crowd decided to follow the young woman at a certain distance, and they noticed that she was hiding among the rocks, from where flashes came out. In this same place, the monument in honor of the Virgen de la Paz was inaugurated in 1983, a work by the sculptor Manuel de la Fuente.

virgin of the valley

The patron saint of eastern Venezuela is the Virgen del Valle, she is also the patron saint of artisanal fishermen, and also of the National Navy. This is among the most traditional Marian invocations and is venerated in the town of Valle del Espíritu Santo, on Isla de Margarita, in this Nueva Esparta.

Every September 8, the parishioners make a pilgrimage from the different towns of the Island of Margarita, to the sanctuary where the Virgin is venerated. Its history dates from the beginning of the Spanish conquest, and the foundation of Nueva Cádiz, on the Island of Cubagua, whose economic source was related to the extraction of pearls.

In the year 1530, Cubagua Island was destroyed by a strong hurricane. But miraculously, an image of the Immaculate Conception that the settlers had brought from Spain to Nueva Cádiz remained intact. In the year 1542, the image is transferred to a hacienda on the nearby Isla de Margarita, where a chapel was built for it.

Next, some of the most relevant Marian dedications of our Latin American context are mentioned, it is not a question of excluding any of them, simply that there is a space for each of the readers to enhance their ability to investigate other Marian dedications in the world . .