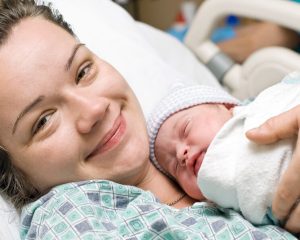 San Ramón Nonato is the patron saint of pregnant women, who is also used by those who want to be mothers, require protection or ward off rumours.

If you want to know some of the prayers that are offered to San Ramón, continue reading this article.

Who is Saint Ramon Nonato?

San Ramón Nonato, was born in the year 1204 in Portell, region of La Segarra, at the time, belonging to the diocese of Urgel and later to the diocese of Solsona, since 1593, a small population of the former Crown of Aragon in Spain.

He is known as Unborn or unborn, because his mother died before giving birth to him and it was necessary to perform a cesarean section to remove him from her body.

There are very few documents that allow us to determine if he really existed or if the information that is handled is true, however, the data that is available indicates that, with the permission of his father, while still very young, he entered the order of Mercedarians.

Los Mercedarios was founded by San Pedro Nolasco, with the aim of rescuing Catholics who were prisoners of Muslims in North Africa.

His progress was rapid and recognized by his order, in 1222 he was ordained as a priest and superior in some communities of the congregation.

When his time came, his virtue made him the successor of San Pedro Nolasco, taking the position of redeemer of captives, traveling to North Africa.

He was accompanied by his faith, courage and a considerable amount of money, which would allow him to free numerous slaves in Algiers.

When the money ran out, he gave himself up as a prisoner in exchange for the release of some captives who were in precarious and desperate conditions.

This attitude caused the annoyance of the powerful, who attacked him and mistreated him terribly.

However, the main magistrate of the place, thinking of a possible reward for him and other prisoners, ordered that they not be treated with such cruelty.

But once he was able to go out onto the street, San Ramón Nonato continued to help and comfort the Christian or non-Christian prisoners, and his work made many of them convert to Christianity, receiving baptism.

At that time preaching Christianity to Muslims was punishable by death and such audacity again aroused the wrath of the authorities.

The governor, enraged, condemned him to be impaled, however, the economic interests of a certain group that expected the payment of the ransom by the religious avoided his sentence.

The punishment was to flog him on all the corners of the city, then they pierced his lips and put a padlock on him to prevent him from continuing to preach.

The key was under the power of the governor and was only given to the jailer to be fed.

It is not necessary to say that the situation was extremely distressing and painful, after eight months of this, San Pedro Nolasco was able to send members of the Mercedarians to rescue him.

In 1239 he returned to Spain, sad for leaving many prisoners in African lands.

Pope Gregory IX appointed him Cardinal, however, despite this honor he continued his usual work, without changing his clothes, nor his austere convent cell, much less his way of life.

The Pope requested his presence in Rome and on the way there, he contracted some illness that caused his death in August 1240, while still young.

Novena to the Holy

It is a custom of many of the devotees to make a novena to San Ramón Nonato , to place many intentions at his feet.

We cannot underestimate the power of prayer, which always offers peace of mind to our hearts and the right answer to our needs.

If you are a devotee of this saint or wish to ask him for any particular intention, below you can find the prayer to San Ramón Nonato to get pregnant , have a good pregnancy and childbirth free from all evil.

Oh San Ramón Nonato I want to be a mother more than anything in the world, but life does not smile at me with this precious gift. I can’t get pregnant and that’s why I come to you.

Blessed San Ramón Nonato grant me this wonderful wish, illuminate my belly and give me the great opportunity to give me a son, I ask you please.

Do not dismiss my pleas, do not put aside my pleas and do not forsake me, because my heart longs to be a mother, I wish to have that joy, listen to me and allow me. Amen

for a good pregnancy

Oh kind and prodigious Saint Ramón Nonato! I come to you moved by the goodness and kindness with which you always treated those around you and now your devotees.

Accept my Saint, the prayers that with fervor and good intentions I offer you, beloved patron saint of pregnant women.

Here I am San Ramón Nonato, I am one of them and I humble myself under your protection and protection, begging you that, just as your patience remained unbreakable and victorious in the eight months in which you were tortured with the padlock on your lips.

And you survived the other pains and martyrdoms that you spend inside your dungeon, coming out free and victorious from those tortures in the ninth month, so my beloved Saint Ramón Nonato, my lawyer, I humbly beg you to reach out to me from my God and Lord for this great favor.

May this creature that is in my womb be preserved in life and health for all eight months of gestation and in the ninth come out free, healthy and strong in the light of this world.

Doing, oh my Saint, that just like the day her soul left her body, which was a day of rejoicing, so be the day of my delivery, full of happiness and joy.

May all those circumstances and conditions be fulfilled that you know, my protector, are more convenient for my soul and that of my son, for the greater glory of God and yours. Amen.

for a good delivery

Oh Saint Ramon Nonato! Excellent patron, you are a model of charity for those who are in need.

I am before you, humbly prostrated at your feet, imploring you to help me in my need.

You who are happy helping those who need you, who spent your life comforting and helping the poor of the earth, I ask you to look at me.

Help me, I beg you, oh glorious Saint Ramón Nonato! Oh glorious protector, I come to you to ask you to bless my son, the one I am currently carrying in my womb. Give him and me protection in the approaching birth!

I promise to love him, protect him and educate him according to the commandments of God.

Hear my pleas and prayers, my lover and kind protector San Ramón Nonato.

May she be the happy mother of this son, whom I hope to give birth to, protected and blessed by your great and kind power. Amen.

San Ramón Nonato is a saint who is also asked to give us protection.

In this video you can listen to the prayer to Saint Ramón Nonato for this intention and use it when necessary: