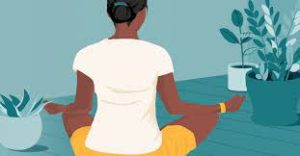 Through the reading of the following article, it is hoped to make known a little more about the Chakras , in which part of the body they are located and what they really are, in this article some myths of popular culture will be disproved in favor of to provide more accurate information.

What are the Chakras?

The meaning of the word Chacra/Chakra originates from Sanskrit, this was a language that was spoken in the Indian peoples of the Asian continent, its literal meaning in Spanish is as simple as “wheel”, as you can see it has no meaning very surprising when translated literally, however, its meaning goes further, it could be said that it must be seen from a more metaphorical or spiritual point of view.

Seeing it metaphorically, it is possible to imagine the Chakras as wheels that turn, concentrating the energy in our bodies. The Chakras are considered as vital forces that are inside our body, some people refer to these as “energy”, it is said that, despite being inside us, they function as an intermediary between the body and the soul.

In Buddhist teachings, it is said that we, human beings, have an energy around our body, this one looks like a rainbow because it has seven colors and the one that resembles us stands out more. This energy is called “aura”, it vibrates in accordance with the energies of the entire universe.

The Chakras act by concentrating the light that the aura emits towards the body, in this way, they connect the spiritual world and the earthly world. In Buddhist cultures they are considered of vital importance in healing, the reason is that these energy centers accumulate and distribute energy in the form of rays, these when in contact with the body, directly influence the mental health of the people. people, also from physics, in addition, they also bring harmony to the spirit.

Where are the chakras located?

Each of the  Chakras  are directly associated with parts and organs of the body, these are related to the central nervous and endocrine systems, as well as the spine. In the Hindu culture, the Chakras are nothing more than impossible to measure energy centers, which are inside our bodies.

Next, the translation of the image of Chakras and what they represent:

In Hinduism it was said that there were only six Chakras , however, in other sciences such as Theosophy, Gnosticism and in the current era, it is considered that there are actually seven, first we will talk about the history of the six Chakras proposed by Hinduism , then we will talk about what they are and later we will explain the seven Chakras.

About the six Chakras

In the second century AD, in one of the oldest texts of Hinduism, the name of these six Chakras is mentioned  , the name of said text is «yoga kundalini upanishad», then the six chakras will be listed with their name and location :

Theosophy and the Chakras

First of all, we must define what Theosophy is, this is a science which is responsible for seeking the true wisdom of the world, practitioners of theosophy seek eternal knowledge, that is, knowledge that does not become obsolete with the passing Over the years, these practices began to spread from the nineteenth century, at which time, theosophy began to approach the Hindu culture, specifically through the Chakras .

At the end of the 19th century, theosophy assumed that the  chakras had a relationship with the nervous system, in addition to that, they also assumed that they were related to what is now known as “endocrine glands”, it is for this reason that they had the hypothesis of that, if they exercised the Chakras, hormones would be created in our body.

Some authors who have studied theosophical approaches consider that to be true, these elements exist only not on this plane, rather, on the spiritual plane. Other people who also studied the subject in depth based on the theosophical lessons, affirmed that the Chakras are elements to practice «yogic self-hypnosis».

The esotericist Lead Beater wrote a book entitled “The Chakras”, in his writing he makes several analyzes and reflections on the subject, all this based on the studies of the subject that theosophy carried out previously, thanks to his investigations, have been carried out later studies that have been able to detail, for example, its functions and its appearance.

The most accepted description of the Chakras to date, places them aligned from the spine, more specifically its base, to the head, which is why, in the Chakra, the energy would lie dormant, it is represented as an image of a serpent that is coiled around the column.

Yoga is currently used to relax and meditate, however, initially, its purpose was more detailed and ambitious, it was planned to use Yoga to raise said snake through the central channel (The spine) in order to , go through all the Chakras, in this way all the energy in the human being would be unblocked, that is why the Yoga poses work directly the areas of each of the Chakras.

They are not six, they are seven Chakras

Theosophical researchers after conducting multiple investigations, came to the conclusion that there were not six  Chakras , there were seven, which is why they invented a seventh, they named it in Spanish “thousand spokes of a wheel”, it is symbolized with a flower lotus turned, it would not be visible and also, being the last Chakra to be added, it would be located outside the body above the head, this generated debates because many considered it the most important and others the least important.

At present, as a result of much research, it is known that there are many more than seven Chakras, this is because in each part of the body where the energy channels intersect there is a Chakra point, so the number of points is so to speak impossible to totalize, however, the most accepted opinion in the world is that there are seven main Chakras, these are positioned along the spine. The Chakras will be listed below:

The colors of the chakras

We all have an aura, this is known in our body as “auric field”, it is from it that the  Chakras acquire their color, in fact, our body is illuminated by the light of each of the colors that comes from our aura, each color that emerges from our aura is taken directly to our body thanks to the  Chakras .

The color that each one of the Chakras has is related to the scale of colors that are in the solar spectrum, in other words, starting from the base of the spine until reaching the “crown” it will vary its tone, it will start with a red color and will end with a white color that in the end will transform into light.

The way the  Chakras look will depend on each person, that is, if someone is worldly, sinful or simply does not pay attention to the subject, their Chakra will be opaque, however, this will change in people who have decided to follow another life. spiritual, in these cases it will be very bright.

These are usually represented by images that have the color that corresponds to each one of them, for example, the  Crown Chakra is symbolized with a lotus flower, this can be purple or white, the third eye with a blue triangle thus representing the additional eye, the heart is represented with a star in the middle just like the heart is in the center of the chest etc.

Energetic functions of the Chakras

The shape of the Chakras and their functions are the same in all people, however, what changes is, for example, the opening capacity that the  Chakras may have in each person, this varies according to the harmony that each person has in your life, also because of the emotions that you are feeling or, because of the practices that they carry out.

The main function of each of the Chakras in the body is to assimilate the energy radiated by the universe, then send it to the food we eat and finally distribute it in the different dimensions of our being, these are dimensions that are our physical body, our spirit, our mind, our soul and finally, our emotions.

When we talk about bad or good energies, in reality what we are referring to is the vibes that we can perceive through our aura and our Chakras, this could be summed up as one is everything and everything is one, everything in this world is connected and it works as part of the same being, therefore, we are constantly emitting and receiving energy. Next, the seven Chakras with their respective function will be listed: