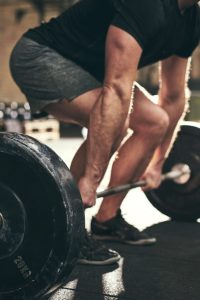 It’s not a secret that having a healthy weight and maintaining it is crucial for your overall physical health. Therefore, it should not be surprising that joining a gym is an enticing space to enter.

While some may avoid deadlifting because of possible injuries if you don’t do it using proper technique, others may be unable to because their gym does not allow it. Given how beneficial deadlifting is, it is surprising that some gyms won’t allow it.

This article addresses the question of whether or not Planet Fitness allows deadlifting, and it also discusses possible alternatives to deadlifting.

Can You Deadlift at Planet Fitness?

Deadlifting at Planet Fitness is strictly prohibited. However, you can try to deadlift on a Smith Machine, but Planet Fitness doesn’t allow regular barbell deadlifts. Planet Fitness feels that deadlifting contributes to the ‘lunk-head’ gym style and they want to offer an intimidation-free workout.

While Planet Fitness provides a diverse selection of weights to choose from, it is only to be used in any workout except deadlift.

Planet Fitness features all the key machines that are needed for most exercises. However, when it comes to the equipment required for deadlifting, you may find them lacking the right gear.

Yes, Deadlifts are banned at Planet Fitness. Deadlifting is not allowed and this policy has been in place for some time.

Even if Planet Fitness’s corporate policy says that deadlifting isn’t allowed, some fitness centers may still let people do it and ignore the rule.

At least a few of the members have shared stories along these lines. But in all seriousness, the answer is yes: deadlifts are not permitted at Planet Fitness. If that’s the kind of exercise you want to engage in, you’d be better off going somewhere else.

Due to the no-judgment philosophy at Planet Fitness, it does not provide its members with bars or platforms to practice deadlifts.

However, members can do any kind of exercise, including deadlifts, even though throwing dumbbells, grunting, and other lunk-like actions are not allowed.

You don’t have to deadlift daily if gaining muscle mass isn’t your priority. While you won’t be able to get your hands on free barbells or plates at Planet Fitness, there are still plenty of ways to work on your strength and muscle mass.

Here are some exercises that have some of the same benefits as deadlifting. You only need simple, easy-to-find equipment.

If you want to activate your glutes but aren’t quite comfortable with deadlifting, hip thrusts are a terrific alternative. It’s particularly helpful for folks who don’t move much. Not that bad, right?

When performing a deadlift, your quadriceps and lower back need to be fully flexible, and the people who spend most of their time sitting at a computer may lack the flexibility necessary to perform deadlifts properly—making it a great alternative for people with less mobility.

The Romanian deadlift is known by its Romanian name, Nicu Vlad. It begins in an upright position, in contrast to a deadlift, which begins in a supine position.

While standing, bring the bar down until it is approximately your knee height. Your hamstrings will be stretched to their fullest extent without causing any rounding of your back. Then, return to a straight standing position. It’s just as simple.

The stiff-leg deadlift often called the straight-leg deadlift, is a version of the conventional deadlift used for strength training. Stiff-legged deadlifts target the glutes, calves, and hamstrings, all located in the back of the body.

To execute this style of the deadlift, you should stand with your feet wider than shoulder-width apart as you approach the bar and then grab the bar with a tight grip on the inside of your legs. The sumo deadlift is a variation of the traditional deadlift that emphasizes the use of the glutes and hamstrings to lift rather than the spine and the posterior chain.

You need to unlock your knees, throw your hips back, and then tilt forwards until the bar is beneath your kneecap. Push off the floor with your entire foot. Squeeze your glutes and tilt your pelvis back to complete the movement. 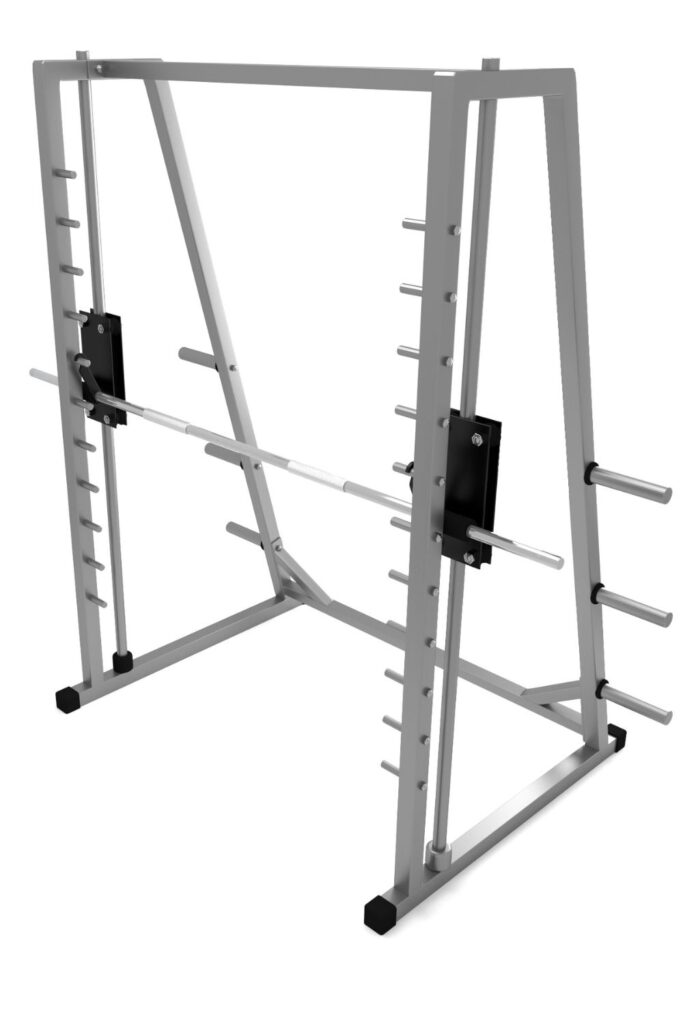 Can You Deadlift on a Smith Machine At Planet Fitness?

You can deadlift on the Smith Machine at Planet Fitness.

The Smith Machine is an excellent tool for building lean muscle and strength. The deadlift is great for your back, but you need to do a lot of leg workouts to look balanced. At Planet Fitness, the Smith Machine is your best bet for deadlifts. However, the range of movements is limited; thus, stabilizer muscles aren’t used.

Nevertheless, unlike a barbell, it poses significantly less risk and is easier on the joints. Also, unlike dumbbells, you can lift far more weight with the smith machine.

To properly perform a deadlift, the bar should be placed at a height roughly equivalent to the middle of the lifter’s shin. If you want to cater to the vast majority of people, you should use a barbell with several 45-pound plates. With a Smith Machine, however, the bar sits at a typical height, just below the knees.

In this case, you’ll only be doing the first three-quarters of a deadlift. There are several similarities between the deadlift and the rack pull. So, to make Smith’s Machine work like a deadlift, you must stay on a slightly raised platform.

A versatile aerobic step will also do the trick. The machine bar in the middle of the shin needs to be perched on a raised platform so you can meet all of your motion deadlines. Your body position and technique within the smith machine remain unchanged.

You can also use the Smith Machine to perform strength exercises with your feet placed flat on the floor. This will allow you to deadlift more weight than you normally would.

Rack pulls are another very effective for building strength and muscle mass in the upper chest and thighs. You can break through the traditional deadlift plateau with the help of rack pulls.

You may find that you can deadlift more weight once you’ve gotten used to adding weight to your reps on the smith machine. 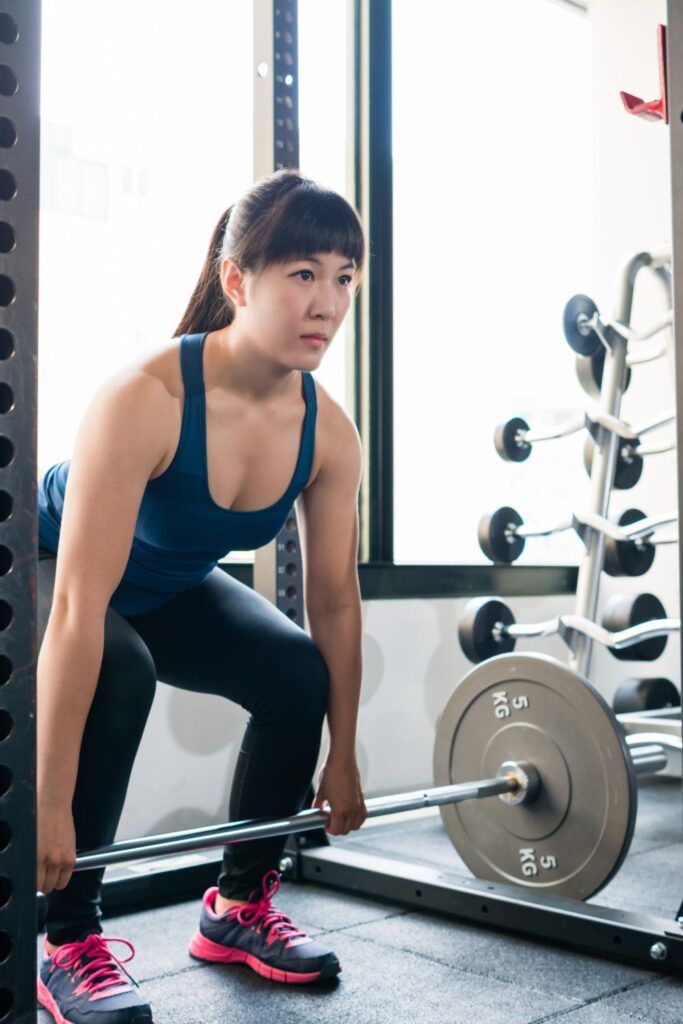 Can You Deadlift With Dumbbells at Planet Fitness?

Dumbbells allow for a larger range of movement and more strain on the targeted muscles during deadlift repetitions. You can get in more reps while still challenging your muscles, but you won’t be able to lift as much weight as you would with a barbell.

Dumbbells, which are available at Planet Fitness, are a great alternative to using barbells for strength training. The classic deadlift and its less complicated and more accessible counterpart, the dumbbell deadlift, target the same groups of muscles in the body.

The only drawback is that it only comes with a few options, such as a limited range of dumbbell sizes. To be successful with a dumbbell deadlift, you must keep the right form and posture throughout the whole movement.

One arm is used instead of two in this kind of dumbbell deadlift. Although basic, the moves effectively target specific muscle groups.

To maximize its effectiveness, you can supplement the dumbbells with a resistance band. But to do that, you should first become proficient at the dumbbell deadlift.

This exercise, when performed properly, has the potential to be just as useful as the standard deadlift.

You can work out with dumbbells of varying weights, according to the level of difficulty that is comfortable for you.

As long as your technique and posture are correct, the exercise should not present too much of a challenge.

You can build muscles and enhance strength with the use of a kettlebell. Since kettlebells are fun and easy to use, they can work the same core muscles that can be worked with traditional deadlifts.

Swinging a kettlebell for just a few minutes might help you make the most of your workout, even though the effects might take longer to show.

You may perform a wide variety of weight training exercises, including squats, deadlifts, bench presses, and rows on a Smith Machine at Planet Fitness.

Planet Fitness, however, does not allow barbell deadlifts as it goes against their ‘no intimidation’ policy.

The gym has several dumbbells available for use as well, so members can perform any type of strength training exercise they like as an alternative to the deadlift.