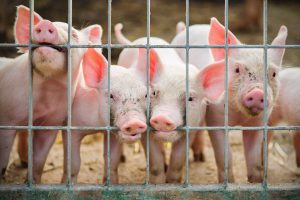 In some religions there are usually prohibitions of certain particular situations, in the Bible we find some of them and in this article we will discuss why Jews do not eat pork. We invite the reader to learn more about the subject.

As for why Jews don’t eat pork, the answer is short and clear: since it is an order that establishes Jewish law through the Torah and the Koran. This is directly and basically related to religious prohibitions. Likewise, Muslims do not eat meat from prey animals, such as: lion, tiger, leopard, vipers.

They also do not eat domesticated species such as dogs, cats, rats, dogs, since these are considered according to Islamic laws as impure animals.

In the Qur’an it clearly reads the following:

“The dead, blood, pork and everything that has been subjected to sacrifice through the invocation of another name other than that of God are forbidden to you; animals that suffer from strangulation, those killed by blows, those killed by a fall or goring, those caught by a beast, unless they have been slaughtered; and those collected by means of arrows or hunting, are considered profanation”.

Among the Jews, as part of their customs and regulations regarding kosher food, a sentence is established in the Old Testament as follows: “You shall eat nothing abominable.” Among the animals that can be eaten we have: Ox, deer, sheep, gazelle, mountain goat, antelope; and every hoofed animal that has two claws cleft, and that chews the cud among the others.

Apparently such an explanation is established in a phrase from the book Leviticus of the Holy Bible, which states: And therefore, since the pig is an animal that divides the hoof, but does not chew the cud, it makes it abominable. Apparently the basic reason that generates such rejection is that it is not a ruminant animal.

During the ancient Middle East the breeding of ruminant animals was common, they are able to eat only vegetables rich in cellulose. On the other hand, the goats, cows, sheep just need somewhere with plants for their sustenance, so the pig needs something else to eat if it wants to gain weight and therefore its owners must feed it with part of the harvest.

Ruminants were also generators of manure in the fields, traction power and also provided clothing. Such reasons seem to be related and begin to make sense to the fact that pigs have been frowned upon since ancient times.

In terms of nutrition, pigs were not well established in the Middle Eastern climate. Unlike ruminants, they can spend time without needing water and are capable of thermoregulation through breathing and the fur that covers them from the sun. Islam had its origin in Semitic peoples, in the same way as the Hebrews; in an area where groups of Jews resided.

The prohibition on eating certain animals is perhaps linked to some taboo or the influence of Jewish laws.

In some cases and depending on the cultures, the pig is revered or rejected. In relation to the concern of why the Jews do not eat pork? We delve into the opinion of the American Marvin Harris in his book called: Cows, pigs, wars and witches. In it, he mentions the possible causes behind the religious taboo against eating pork for Muslims and Jews.

The anthropologist asks himself the question as to the reason why certain peoples do not accept this animal that they do in other places, and investigates the eating customs according to the irrational way of different societies.

The origins of the ban

Regarding this, there is no doubt that it is linked to Judaism, one of the oldest monotheistic religions that began in the Middle East, this is the first to denounce the pig as an impure animal which is determined in the Book of Genesis and Leviticus.

Then a few years later Muhammad himself pointed out that the pig is a contaminated animal. Yahweh or Allah establishes a ban on pork for millions of Jews and hundreds more Muslims.

Harris also determines and reviews various options that explain the pig’s ostracism and denial. The most obvious and popular until the time of the Renaissance is the thought that the pig was a dirty animal since it rubbed itself in its own excrement.

Regarding this, the anthropologist thinks that this reason is insufficient and not clear to justify why the Jewish people do not eat pork, since other animals such as cows, if they are in a closed place, could carry out the same attitude.

The pig does this act as it compensates for the inability to sweat and cools itself with clean mud, however if it is not available and the space where it is does not allow it to get cool otherwise, it will cover itself with its own faeces. As the temperature rises, the more dirt the pig will have and the climate of the Middle East, being arid, would be conducive to the dirt of these animals.

Likewise for Harris, although this theory is plausible, such a decisive denial is not justified and gives the responsibility of the rational consolidation of this law, to the discovery of the 19th century, on a condition called trichinosis, which was produced by eating meat. of pork without being well cooked.

Likewise, such an explanation is not definitive for the anthropologist Harris; since he assures that other diseases of the time caused by other types of animals could be more serious than trichinosis and could even be lethal and the animals that produced them were not questioned in any way.

Another of the hypotheses indicates that the taboo on this subject of the pig is given to the consideration of the pig as a totem animal by some tribes. However for Harris, such a situation that in earlier times divine animals does not explain the refusal to eat it.

Ecology as a determining factor

In the same way for the anthropologist such a theory or thought more validly explains why Jews do not eat pork, he maintains that it is related to the ecological. Harris considers that the pig is judged regarding the breeding of these animals, then it constituted a threat to the integrity of the natural and cultural ecosystem of the Middle East.

These were dry areas where the animals that were most adapted were precisely ruminants such as sheep, goats, cattle. Unlike the pig, it needs a country climate and rivers, these do not produce milk, nor skins, nor is it made to plow or carry and apart from that it eats the same as man. As a definitive opinion, the pig used to be seen as a luxury item, a temptation and a competitor for man.