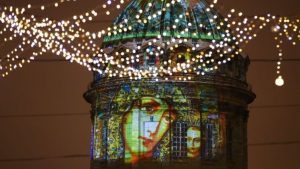 Orthodox Christmas is a typical celebration in some countries that begins after the Christian Christmas; this happens after January 6. It is a celebration of different rites according to each country. We invite you to learn more.

According to a modification of the Julian calendar in the year 1582 by Pope Gregory XII due to imbalances between the civil and astronomical calendars. In this way, the celebration of the Catholic and the Hebrew Easter coincides.

There are Orthodox churches such as those in Alexandria, Bulgaria, Romania, Albania, Finland, Greece and Cyprus; which affirmatively celebrate Christmas on December 25 and on January 6 they celebrate Epiphany, during which the Orthodox are accustomed to the blessing of the waters.

Putin attends the church where his parents were baptized

The current president of Russia, Vladimir Putin, gave effusive congratulations to some of his compatriots for the celebrated Christmas, this is usually the most important holiday in the country. This happened at the moment when the mass was celebrated where his parents were baptized.

Another greeting was from the head of the Kremlin, who said: “I wish Orthodox Christians, all citizens who celebrate the Birth of Jesus Christ, happiness, peace and success in their good deeds and projects.”

Putin also reminded that the “imperishable” Christian values ​​”often play an important role in the history of Russia and for many years have been the spiritual and moral points of society.”

He also referred to the help of the Christians of his country in terms of reinforcing the family institution and the relationship between the different confessions and Russian peoples, from which Orthodoxy, Islam, Buddhism and Judaism originate.

The custom of the Russian Orthodox is the celebration of masses throughout the country at Christmas, it is celebrated in the old Julian calendar. These celebrations begin on January 1 and end on the 10, however some believers celebrate the Epiphany in mid-January, thereby commemorating the baptism of Jesus Christ.

Next, to illustrate the reader a little more on the subject, we are going to explain the customs of each country and its celebration of Christmas.

In relation to the above we can say that on January 7 Christmas is celebrated in Orthodox countries, or to be more precise in those countries that have Orthodox Christian tradition that contain the Julian calendar in liturgical celebrations instead of the Gregorian calendar, which is used in the West as well as the Latin liturgy.

We must tell the reader that in civil matters, Protestant Germany did not accept the Gregorian calendar until 1775, and Russia only accepted with the Bolsheviks, in 1917. The disagreement between the two or difference is 13 days and therefore Christmas It is celebrated in the East 13 days later than in the West.

Besides, the orthodox called practitioners are usually strict about fasting: the 40 days before Christmas do not allow eating meat or eggs in some cases, but meat on any day. However, as a form of claim on Christmas day or on the eve of dinner, it is celebrated with large meals in all countries.

In some Eastern European countries it becomes customary to present 12 dishes or for them to contain 12 foods, as a symbol of the 12 apostles of Jesus.

Next we are going to make a brief summary of the Christmas details of the sixteen countries of Orthodox tradition.

It has 8 million inhabitants. As a popular figure is: Saint Nicholas

In this land, which saw the birth of Jesus Christ, Christmas is celebrated from the Latin Christmas Eve on December 24 to the so-called Armenian Christmas, which has its own calendar and is on January 18.

On January 7, Orthodox Christians of different rites celebrate Christmas and go to Bethlehem. Israel today today has a large number of Christian inhabitants, immigrants who arrive from Russia, protecting themselves from having some kind of Jewish ancestor. Even practitioners are often carried away by the magic of Christmas dates in the Holy Land.

It has eleven million inhabitants. The popular figure: Saint Nicholas.

This is an officially Orthodox country, they celebrate Christmas in a family way with meals. Some people use to swim in rivers, seas, perhaps because Saint Nicholas used to be the patron saint of sailors and is presented with his beard wet with salt water.

The traditional thing here is to eat lamb at Christmas time, washed down with rajika, this is a strong local fruit liquor. These inhabitants link the festivities with the Epiphany later ten more days when a cross is thrown into rivers and lakes. Whoever throws it and grabs it will go around the town looking for offerings for the church.

One hundred and forty-four million inhabitants. The popular figure is: Grandfather Cold.

In this country belonging to Slavs and Orthodox, however the most de-Christianized since 70 years of communism. The gifts are brought by the cold grandfather (Ded Moroz, on January 1. Orthodox Christmas traditions are congratulations, religious services and meals with the family.

There is a tradition of the Krestny Khod procession, in which devout participants go on a tour around the church holding candles and lamps. After completing the circle they enter the temple again to hear the songs.

The custom in this country is that on Christmas Eve families eat different cakes and fish at a table made of straw under a tablecloth. Those who participate draw a straw with the intention of knowing if it will live long. It is usually a UNESCO heritage that the people of Semezhava celebrate the “Christmas czars”, there is a custom of celebrating comedies which is done by visiting houses, especially where there are single girls; this during the day and use torches at night.

As in Russia, on Christmas Eve, the practice of having a 12-meal dinner becomes common. On Christmas day, children wearing masks make house visits singing Christmas carols and receiving sweets.

As a tradition, families look for fir branches at the time of Christmas Eve, which will be burned on the day of the great dinner and also in the night office in the church during the night. On Christmas Day, the first to arrive at the house, the polozajnik, is considered a symbol of the Three Wise Men and a special greeting is granted.

In this case, Christmas night dinner is vegetarian. After going to bed, the table is kept uncleaned, with the remains of the food, this is a hereditary tradition of the time when remains were offered to goblins, spirits, ancestors, etc. Christmas carols are sung and the food includes a large amount of meat.

For December 20, the tradition is to sacrifice a pig that has previously fattened up, which is accompanied with brandy. The meat of this animal will be important for the Christmas holidays. It should be borne in mind that in this country, the custom of children putting on their shoes at night to receive gifts from Saint Nicholas is celebrated, but not in January, but a month before, specifically on December 5 at night. , therefore it is not linked to Christmas.

The custom is popular theater and poems are recited, however, like other post-Soviet places, Christmas is mixed with the celebration of the civil New Year, and gifts are given on January 1.

A popular procession is held in the street on January 7, people are dressed in a special way, with popular costumes, troupes, etc., they congratulate each other or each other and sing Christmas carols called “alilo”. Candy is distributed to the children. Christmas carols often repeat: “Christ was born in Bethlehem on December 25.” Likewise, trees called “chichilaki” are decorated, combining different branches.

In this republic, which is mostly Muslim, the Orthodox are of Russian origin or descendants from elsewhere. At Christmas time they evoke songs, toast with wine or vodka, eat cakes and dance. In the local cathedral they celebrate a great mass or liturgy in the middle of the night.

In the place, the majority are Christians since ancient times and their religion is very focused on fasting. At Christmas time gifts are not given, but choirs are recited, churches are filled and there are many sports competitions, especially ganna, which is something similar to hockey. There are feasts that end the fast.

The tradition of this country is that they go to church and celebrate with the family, generally eating goat which is set aside for Christmas night. Apart from the colonial period, it left the habit of consuming panetone and the consumption of coffee in those days.

There are usually approximately eight million Christians who are strict with the fasts of the Advent season. At Christmas time the celebration is with meat, eggs, butter and lamb soup called “fata”. They attend the nightly prayer vigil in the churches and on Christmas day itself, they also gather to eat at parties with sweet cookies called “kahk”.