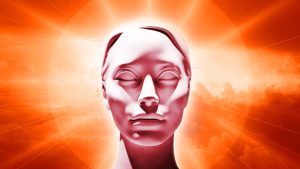 The Orange Aura is one of the auras with a level of energy and an amazing meaning that says a lot about the people who transmit it, join us to learn everything about the orange aura in this article.

What is the Aura?

The aura is the light energy that surrounds or is emitted by living beings, which is emitted at a wavelength determined by the mood and spiritual state of people. The aura cannot be perceived with the naked eye, by anyone. People who have the ability to observe the aura describe it as an energy field that surrounds the person in an oval shape, but does not remain static.

We can say then that the aura is the mixture of the ethereal, the physical and the emotional. Scholars of spiritual energies point out that the aura is related to the chakras. The layer made up of the etheric body is the one that is closest to the body, it indicates the physical health of the person, when it shows bright and light colors it is a sign of good health, however, if it turns dark it is indicating a possible illness.

For its part, the energy of the emotional aura reflects how we can intuit the mood of people, it is usually the layer of the aura that can show the most instability, since human beings can change moods easily and in a short time.

The mental layer is influenced by consciousness, that is, by our thoughts and intentions, we cannot confuse that this layer is controlled by our thoughts, we must understand that it is about the levels of consciousness. Well now in the knowledge of what the aura is and how it is formed, we can dedicate ourselves to knowing specifically about the orange aura.

The color orange is described as the color of communication, it is a color related to high levels of inspiration, a color of high vibes so it elevates people to other categories. The orange aura is a sign of power, as well as the ability to persuade and the ability to control other people. Let us remember that the aura can present variation of its colors because it is influenced by the mood of the people, as well as by their states of consciousness.

The orange aura also has an interpretation if it is found as the main color or as a secondary color in the aura of people. When the Orange Color is Basic, the person can develop characteristics that may be contrary to the values ​​and principles of the personality that they should possess, that is, instead of being sociable people, they can become selfish and manipulative people.

When this happens they can become people who want to even take advantage of the need of others. If they come to know that they have an orange aura, it is recommended to be cautious and be attentive to these changes, which we can identify if we notice that we are easily upset, if we show that our tolerance level is decreased or that suddenly, prefer to spend more time alone, when in reality he previously preferred to share with people.

These are wake-up calls to watch out for. When the Color Orange is Secondary, instead of being self-absorbed, we become people who are tireless, extremely active.

We seek the scope of the objectives that we have set, without paying much attention to the way in which we achieve them, this has been another extreme of the orange aura, since without realizing it we can harm other people.

Characteristics of people with Orange Aura

People who have an orange aura are characterized by being very active and social people, we could say, that they are largely extroverted. The orange aura has a high vibration energy, so people with this type of aura are usually involved in social issues, in situations that serve to solve or improve the life of a social group, of communities.

Generally they tend to develop easily in the political field as diplomats, it may seem ambiguous but this is another issue, it is that they are loyal and sincere, they are characteristics that may have a tendency to confuse us, but we must be aware that their loyalty and sincerity is related with what they perform and with whom they develop.

They are people with a high level of adaptability, which does not mean that they are satisfied, they are always after a dream and have a series of ambitions that they seek to fulfil. They are extraordinary at teamwork. As for the sentimental part, we are talking about loving, kind people, with a personality and an energy that makes them loved by many. They can be doing nothing, they must feel like useful people.

People with a balanced orange aura have great and deep feelings, so they are very noble people, but also very sensitive to betrayal. They do not like conflicts, they prefer to avoid them and manage themselves in environments where there is harmony, being themselves the promoters of this type of energy.

They do not necessarily have to know people to feel comfortable, they make people who are unknown in the environments in which they operate feel comfortable. They can become helpful, their ideal place when they seek balance and peace is with their loved ones. The orange aura of this type of person is bright light orange, it is a balanced orange aura.