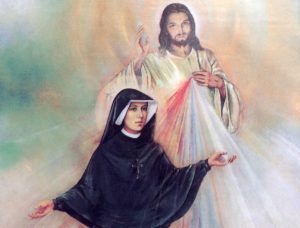 Jesus I trust you, it consists of a very beautiful prayer where Jesus Christ is praised and requests are made to him to solve spiritual, emotional and material problems, discover everything related to this Catholic prayer by reading this interesting article.

Jesus, I trust you

Through the years, a number of devotees have been formed who, with the help of faithful believers, have consolidated the prayer Jesus I trust in you, it is closely related to the Lord of mercy and goodness, through all the world. Thousands of believers around the world pray to him daily in order to solve some kind of problem and adversity, or simply to seek inner peace.

There are many people who trust in the prayer “Jesus I trusted in you”, where trust and faith in the redeemer of men is represented, who through his words, blessings and sacrifices teaches us the way to achieve the path of life, the path to follow to reach God and obtain eternal life.

This prayer is closely related to the image of divine mercy, where Jesus appears raising his right hand and from his heart comes a ray of divine light that expands to the sides. This image was revealed to Santa Faustina in 1931.

Jesus asks the sister to paint the image in the same way, and since that time thousands of pictures and paintings have been made with the image of the merciful Jesus, as well as the impression of the prayer “Jesus, I trust in you”.

The first version of the painting was the work of the painter Eugenio Kazimirowski of Polish nationality, who, at the request of his own sister, produced a painting according to the characteristics and descriptions given by her, as well as telling the painter details about the prayer Jesus I trust in you.

Despite the first drawings that the painter made of the figure described by the sister, they did not like it, she said that the beauty of Jesus was not reflected in the painting, that is why another painting was ordered to be made by order of the Congregation of Sisters of the Merciful Mother of God in 1942, to the painter Estanislao Batowski.

The image reflected the intention a little better than what was desired, however, when the invasion of Warsaw, during the Second World War, the chapel where the painting was located caught fire along with the painting, leaving no evidence whatsoever The painting of Jesus .

For years, attempts have been made to reflect the image of “divine mercy” as Sister Faustina had expressed it, and today there are various versions that claim to be similar to the original. Regarding the prayer J esus trusted you  , it has had various variables that have allowed it to be nourished by its original version. Let’s look at some examples.

“Why are you confused and agitated by the problems of life? Leave me the care of all your things and everything will be better for you. When you give yourself to me, everything will be resolved calmly according to my designs. Do not despair, do not address a hectic prayer to me, as if you wanted to demand the fulfillment of your wishes, close the eyes of the soul and tell me calmly: Jesus, I trust in You.”

“Avoid worrying worries and thoughts about what may happen. Don’t spoil my plans by wanting to impose your ideas on me. Let me be God and act freely. Give yourself confidently in me, rest in me, and leave your future in my hands. Tell me frequently: Jesus I trust in You.

“What hurts you the most is wanting to solve things your way. When you tell me Jesus, I trust in You, don’t be like the patient who tells the doctor to cure him, but he tells him how to do it. Let yourself be carried in my divine arms, do not be afraid, I love you. If you think things get worse or complicated despite your prayer, keep trusting, close the eyes of the soul and trust.

“Keep telling me all the time: Jesus, I trust in You. I need my hands free to be able to act, don’t tie me up with your useless worries. Satan wants to agitate you, distress you, take away your peace. He confides in me. He rests in Me. Surrender to Me. I perform miracles in proportion to the surrender and trust you have in Me. So don’t worry, cast all your anguish on me and sleep peacefully.”

“Always tell me: Jesus, I trust in You, and you will see great miracles. I promise you for my love. Amen”

There is a version about the origin of the ejaculation “Jesus I trust in you”, some consider that they have their origin thanks to Sister Maria Faustina Kowalska herself, who had a series of revelations of Jesus, and where her presence is attributed to her during his stay in the convent where he performed his services, this gave rise to the image of divine mercy or the Jesus of mercy.

We have already seen how her image became a symbol for the Catholic Church, but the  prayer , Jesus , I trust in you  , was from a sister’s diary that contained detailed descriptions and narrations, which had been written by her and that her spiritual director told her. he had ordered that he write down his entire spiritual life.

The diary consists of more than 600 pages where in one of them, you can see the prayer “Jesus, I trust in you”, however in one of the parts of the diary you can read something very interesting in the sister’s handwriting, which according to her was an order from Jesus:

“My daughter, be diligent in writing down each sentence that I tell you about My Mercy because they are destined for a great number of souls who will take advantage of them”

Despite having a deep spirituality in its content, the diary with its content, the devotion to Santa Faustina was prohibited, until 1975, the date on which the Vatican authorized the practice of the devotion of “Jesus I trusted in you”. ”. Later, the sister was beatified by SS Saint John Paul II in 1993, and proclaimed a saint on April 30, 2000, the date of her celebration being the Sunday following Easter.

Make this prayer to the Lord of mercy Jesus, I trust in you in a quiet, cool place and that nobody tries to disturb you when you are doing it, think of Jesus, in his moments of glory and what he had to go through to be able to resurrect, his ordeal does not it was in vain, so he tries to see him on the cross and sees all his greatness.

Visualize glorious important moments of your life, see yourself in a beautiful place full of trees and happy friends, fill your mind with thoughts related to joy and happiness, this will keep you in constant spiritual balance allowing you to renew your faith and receive the benefits of creation .

Every Christian has the obligation to praise Jesus and this prayer Jesus I trusted in you gives you that benefit, which consists of knowing that thanks to Jesus, we will know the path to eternal life.