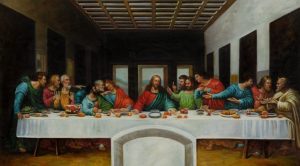 It is common today to speak of a disciple as a pupil or student, but this term has a religious background. Know in this article everything related to what a disciple is according to the Bible, what are its characteristics, what does the Bible speak of the disciple, the disciple  of Plato  and what is its biblical meaning.

What is a Disciple?

When speaking of a disciple, reference is made to a term whose origin comes from a Latin word, which refers to an individual who follows a certain doctrine. In a broad sense, a disciple is an apprentice or the student of a master. Thus, from the first moment it is understood that for a disciple to exist, there must previously be a teacher or a leader, since it is he who is going to impart the doctrines to him, who obeys and educates himself according to what he is taught.

In this order of ideas, the teacher is in charge of teaching his disciple some particular doctrine, a line of thought or an artistic style; all this with the purpose of guiding and preparing him in his personal growth. Religiously, the Bible contemplates many sections referring to his disciple, since Jesus Christ had twelve of them, who accompanied him during his journey through this land.

It is necessary to mention that such teaching can be carried out directly and indirectly; In the first case, the teacher teaches him by talking to him and correcting his actions when they are contrary to the principles of the doctrine. On the other hand, a master can teach his disciple indirectly through his works, that is, a young artist can be truly influenced by an artist who lived in another era, so he follows in his footsteps and pretend to be like him.

However, colloquially the terms apprentice, student, student and disciple are often used as synonyms; for initially all these terms refer to the same meaning, namely, an individual to whom a certain education concerning a particular subject is imparted.

What is a disciple according to the Bible?

Many people consider that they have become Jesus’ disciples when He has forgiven them of their sins; so much so that in our offenses we were dead, but he gave us life together with him through forgiveness. However, discipleship is not the forgiveness of sins, because when we are reconciled with God through the death of Christ, it is just the starting point for a pleasant life.

In this sense, a disciple is not superior to his teacher, but everyone who is perfected will be like his teacher. It is pertinent to mention that every disciple of Jesus enters a permanent learning process in order to live the same life that Jesus lived, this being the perfect expression of God’s will.

In addition to this, Christ never sinned, but it was not because he was born with a divine nature that could not be tempted, but because throughout his life he went through a constant training process in order to do the will of God instead of yours.

It should also be noted that the Bible prescribes that there must be in people that feeling that Christ had during his stay on this earth, who, even in the form of God, did not seek to be equal to him, but rather sought to be similar to men. and even under this condition, he humbled himself and accepted humiliation from other people, all the while being obedient until the day he died on the cross.

In this order of ideas, Jesus during his life had to learn to discern the will of God to achieve the gift of obedience; the same is evident on countless occasions in which he repeated that God’s will be done, and not his own, a will that he accepted without refuting even if it was against his human and sinful desires, since it was natural to the condition human of him.

In this regard, whenever tempted in the same way that men are tempted, but he himself decided to humble himself and suffer in the flesh, instead of giving in to sin, which is the same as denying of his own will the demands of the sin in the flesh. Thus and as a result of his infinite fidelity and love for God, he never committed a sin nor was any deception found in his mouth, therefore he considers him as the great teacher and precursor of his disciples, who have in him the clear example of perfection, and who should follow the footsteps.

If we talk about Christianity, we cannot stop talking about the disciples of Jesus Christ, who were the twelve apostles chosen by Jesus himself to help him preach his word, as well as to spread his religious ideals everywhere. Likewise, these were the ones who were chosen to follow the example of their teacher, who had in their footsteps the tools to achieve perfection based on their deep and infinite love for God, their unwavering faith and unwavering obedience.

These were the first disciples, and they were accompanying Jesus not only during his life, but also after his death they continued to fulfill his mandates and precepts. The Bible indicates that the disciples John and Peter were the ones who had a closer relationship with Jesus, and the other ten attended the following names: Simon, Matthew, Bartholomew, Tadeo, Jacobo, Andrés, Felipe, Tomás, Simón el Canaanito and Judas Iscariot.

It is pertinent to note that once Jesus died and ascended to heaven, the disciples formed a select group of followers who were spreading everything that their teacher taught them. They passed to posterity known as the first Christian Community, since they all lived together and preached Christian precepts.

All of them were like a great family whose fundamental basis was charity, there was no hierarchy among them and their foundation was to work together for the common good, always serving Christ by spreading his word. To this first community also belonged Mary the mother of God and Mary Magdalene.

Characteristics of a disciple according to the bible

The disciples of Jesus Christ committed themselves to do the will of God, just as their teacher also did; in this sense, they did not give in to the sinful desires and selfishness that characterize their own kind.

The Bible indicates that Jesus was radical with respect to sin, and therefore his disciples were called to have the same feeling. As disciples it is necessary to recognize the truth, which is the will of God, this is learned as well as humiliating and judging oneself instead of blaming others. These should be the characteristics of a disciple according to the Bible.

Thus, to fulfill the word of God, it is necessary to love his will to such an extent that we are capable of renouncing our own, which consists of the natural inclination to sin that is characteristic of the human race. Without having this radical attitude towards sin, it is not possible to overcome it and consequently one cannot be considered a disciple of Christ, and fulfill the biblical meaning of the term disciple.