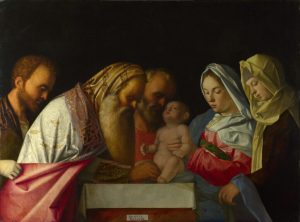 Circumcision in the Bible, you know the true meaning, we invite you to continue reading this article and discover what it is about, what is the reason and what the Bible says about its meaning, here we will explain everything!

Circumcision is an outpatient surgical procedure, in which the foreskin of the virile member is removed. It is a religious rite, which the descendants of Abraham had to fulfill and which was the sign of the pact that God made with him.

Currently there is a controversy regarding the issue of circumcision and it is for this reason that we consider it appropriate to develop the issue and make known what is said about circumcision in the Bible. By knowing the religious underpinnings of the practice, you will then be able to decide for yourselves whether or not men should be circumcised.

Circumcision in the Bible

To begin to learn about the religious foundations of circumcision in the Bible, it is of the utmost importance that we reveal in which books and which are verses that refer to circumcision in the Bible. Let’s start with Genesis chapter 17 verses 9 to 14, in which the following is indicated: God addresses Abraham and tells him that he must keep the covenant, not only he but also his descendants, every male will be circumcised.

Circumcision is proof of compliance with the pact made, the sample is precisely the meat of his foreskin, as part of the request it must be made eight days after the male was born and the law falls on every male born at home, but also on that man who has been purchased with money from any foreigner, and he who was not circumcised will be cut off from his people and will have violated his covenant. This is one of the first references to circumcision in the Bible, but it is not the only one.

In Acts chapter 7 verse 8 it says “And he gave him the covenant of circumcision; and so Abraham begat Isaac, and circumcised him on the eighth day; and Isaac to Jacob, and Jacob to the twelve patriarchs.” And the pact was repeated in the Law of the new people of Israel, so that in Leviticus chapter 12 verses 2 and 3, they address the children of Israel to say that when a woman conceives and gives birth to a man, she will be unclean. seven days; according to the days of her menstruation and on the eighth day she shall circumcise the child.

For their part, the Jews have respected the pact for centuries and base their action on respect for the sacred word, in Joshua chapter 5 verse 2 and 3 God orders Joshua to make knives which must be very well sharpened, because he must return to circumcise the second time to the children of Israel and Joshua obediently made the knives and sharpened them, returned to Israel and circumcised them on the hill of Aralot.

Also in Luke chapter 1 verse 59, a Book that belongs to the New Testament, they make reference to circumcision “It came to pass on the eighth day that they came to circumcise the child; and they called him by the name of his father, Zacharias.”

As we can see in the Bible there are clear references to the practice of circumcision, such as the fulfillment of the pact between Abraham and God and everyone who adheres to the Old Testament, respects the pact and after eight days, all male children are circumcised, Today those who fulfill this pact without any type of protest are the Jews and Muslims.

In Acts chapter 15 begins with the diatribe that those men who were not circumcised would not be saved, however, the apostles and the elders met And after much discussion, Peter stood up and said to them: “Brothers, as you know Some time ago God chose that the Gentiles should hear the word of the gospel through my mouth and believe.”

And God, who deceives him? he knows the hearts, most beloved and beautiful he gave the testimony, through the presence of the Holy Spirit in each one of you, just as he did with us”, that is to say, that there are no differences and the Grace of the Lord makes you Saved.

Also in Galatians chapter 2 verse 3 it is indicated that not even Titus, who was a Greek, was forced to be circumcised. In Galatians chapter 5 verse 11 they point out that even following the preaching of circumcision he suffered persecution, so he wonders if the stumbling block of the Cross has been removed.

In Corinthians chapter 7 in verse 19 we are told that it does not matter if you are circumcised or not, what matters is to respect the laws of God. Of the foundations of the word in the New Testament in which the salvation of men is most valid regardless of whether they are circumcised or not, it is in Colossians chapter 2 verses 8 to 12, where in a very beautiful way they point out that no one deceives them by philosophies or traditions and not according to Christ, because Christ inhabits all the fullness bodily and we are complete in him, points out that in him you were also circumcised with a circumcision not made with hands, by putting off from you the carnal sinful body, in the circumcision of Christ.

As we have been able to observe, circumcision in the Bible is perfectly outlined, it is you and your belief that decides whether to maintain the pact by considering yourself a descendant of Abraham, as Muslims and Jews do, you are correct.

If you decide that you are a descendant of Abraham and decide to respond to the New Testament and listen to Paul’s words that he expresses very clearly in Galatians, where he says that circumcision does not help either salvation or sanctification in Christ, because we are freed from our sins, as a result of faith in Christ, is also found in God’s standards.

It is definitely a decision that you can base on the sacred word and you will not be breaking it. Today it is accepted that circumcision is not enough to honor and please God, for many it is the sacrifice of Christ on the cross that really saves.

Christians should not necessarily be circumcised, it is a decision that should be their own, instead of performing it as a ritual or to continue a religious and cultural tradition. We can provide the opportunity for decision, God loves us in the same way and the sacrifice of Jesus on the Cross, cleansed our sins.

Abraham was not circumcised as a child, he was already very old when God spoke with the covenant. The pact contained the divine promise that great blessings would come through Abraham. Therefore, it is important to highlight that circumcision has no relationship with virility. But why in the New Testament the initial view of the practice of circumcision changes, it is because the Israelites felt unworthy by rejecting the true Descendant of Abraham, Jesus Christ.

Therefore, God rejected them and the condition of being circumcised no longer had any value for him. However, since there were still people who practised covenant-keeping in the first century, the apostle Paul sends Titus to correct. Therefore, based on your belief, in your tradition, you decide and you will be respecting the laws of God.