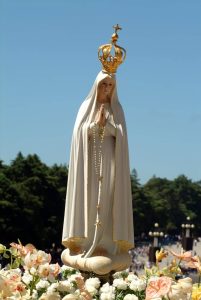 Sometimes we human beings have asked ourselves key questions that make us think about the different philosophical theories that are handled, but where do I come from? In this article we will talk about it and more.

Where do I come from ? Philosophy

If we go back to what we call Missionaryism, we would be assailed by doubt if we come from monkeys and this has caused anguish in some people thinking what their origin is.

Does the man come from the monkey or have we been deceived for a long time until today?

We must first accept and understand the theory of the evolution of species. Perhaps we will see the similarity that exists between a Dinosaur, a lizard and the crocodile. We can understand that the process of returning animals such as dolphins and whales to the sea is easy.

We can also see the resemblance of prehistoric birds with current birds, however every day we see how scientists themselves differ from this theory.

In this, the difference between man and monkey becomes so difficult and complicated to understand that the meaning makes it difficult for us to understand having a certain origin.

We can also say that this question , where do I come from ? Clearly, the answer must be personal since we ourselves are the ones who can have that answer, and through it give life meaning, meaning and purpose.

According to the knowledge of science, Deepak Chopra determines a third answer regarding the recovery of the sacred nature of the body based on order and intelligence, as well as making use of what has been learned from science.

Although for consciousness, science itself and creativity, as well as the soul, are not material matters, this does not mean that they cannot be real for ourselves as human beings, since this is a mystery that we must discover that belongs to us.

Where do I come from ? life Proyect

In India they think that the whole universe is within each one of us. That is why we have the answer to it within ourselves as soon as each one knows himself.

People who want to get their own answers and who are objective will end up finding them within themselves, since reality is how we see ourselves and anyone who explores the theory of creation has already seen God.

Deepak Chopra claims that the only answer to this is that we create ourselves. This could be classified as blasphemous, from a religious perspective.

Some questions of human reason

When does God give the monkey the soul and at what moment does it become a man?

Why does he allow only one monkey to be a man and leave the other as an animal? If this had been so, what a bad attitude happened so that he would have done to the monkey-monkey.

If we carefully analyze the evolution of each of the species, we can see that they have an acceptable logic and the characteristics between the species are primitive and the current ones are reasonable.

However, the differences between man and monkey are usually so great that the human being will never fully understand such a theory.

We must understand and accept that the first men, as mentioned in the Bible itself (Adam and Eve), are said to have had no characteristics such as blondes with blue eyes.

It is believed that they did have a physical resemblance to monkeys, just as one might think today that some people or aboriginal races have a resemblance, however this theory is difficult for man to accept or assimilate.

It is impressive to hear such theories, both those of the origin of the universe and this one of the origin of life. In essence these theories are just theories and nothing more. It is striking when certain people are asked about it and their answers are irrational but nevertheless their answers are full and they are convinced of the answers they give, all of which is usually questionable.

For many years we have been given information about the evolutionary origin of man, it is impressive to see how even men of Faith tend to affirm these theories that the true and spiritual origin of man himself.

For believers truly in God we are clear about His immense power. For this reason it should be easier to accept that there was a time when God formed and created man from clay and then through a Divine breath gave him the spirit .

Seeing these differences between man and animal, it should be more feasible to believe in the Catholic principle of the man of Faith, that man was created by God. However, for many scientists this point of view is rejected by them.

Nor should any of the theories of the origin of the universe or the evolution of species in general be invalid, since in relation to animals it tends to be quite logical.

In this sense, what should be treated is to think about deep reflection but also using logic in relation to what is acceptable in the theory of the evolution of man.

We could also ask ourselves if Charles Darwin, due to his statements regarding the origin of man, would be or belonged to some Machiavellian-type organization. On the other hand, we can ask ourselves, was Charles Darwin a man of faith, without truly having faith?

In relation to this we must ask ourselves if we have been deceived until now.

A wise advice would be that to rediscover our past we must become fully aware of “who I am” as well as “where I am going”.

As an example of this, an example is a large building collapses on solid foundations, however, if these foundations were not truly solid or resistant, a building cannot be erected and what will happen will be to place patches around it and create instability.

All this leads us to think about how fundamental it is for man to rediscover himself. Therefore, the person who does not value his past will not be able to value the future. The man himself has to think about this approach.

For this reason, if man continues to think of the theory that his origin is the monkey, he simply must live in the current jungle where we move, which worsens with the passing of time.

Unlike this, if he thinks and accepts that the origin comes from God himself, and his actions are governed by it, his destiny will be Glory.

There are some affirmations or determinations that we will detail below so that the reader better understands the subject in question.

“God formed man of dust from the ground, and breathed into his nostrils the breath of life, and thus man became a living being.”

“God created man, in his image and likeness, male and female he created them.”

If our offspring do not come from the monkey, then where do we come from? What is man and who is he?

As we said before, man must reanalyze himself and discover himself. God himself made man himself in his image and likeness. He fashioned it from clay and gave it spirit through a breath into its nostrils.

According to a statement by Sister Eugenia Elisabetha Ravasio, she maintained that God told her that man is his Masterpiece. According to Saint Faustina Kowalska’s statements, the world is sustained by holy souls that exist in it, and the day these disappear, the world will end.

Who is man that, in union with God, he has that power?

According to Mother Teresa of Calcutta, there were times when the rain stopped through prayer. We must ask ourselves who is man so that in union with God, he can stop the phenomena of nature?

The Virgin herself in her representation as Peace, in a message given to humanity, maintains that man through prayer and fasting has the power to stop the laws of nature.

We must also ask ourselves why there have been so many apparitions of the Virgin Mary giving messages of conversion to the world and requesting changes in ourselves? Who is man for the Mother of God herself to worry about him?

Likewise, the question would be: Who is the man so that God, being Almighty God, sends his son to free man from sins and save him from the devil?

After God created the sea, the land, the stars and the sky itself, after creating nature and animals, he created man on earth so that he would have dominion over everything that God created.

When an artist creates his masterpiece, he puts into it all his effort, greatness, that is, he gives his best. If we see this, we must ask ourselves: Who is man for God, the great creator of the entire Universe, to say that man is his Masterpiece?

Yet how can we be so blind? The devil himself, by means of or using man, covers the eyes of the same man, so that he does not know who he is.

For God himself, man is the crowning work of creation. For this reason, becoming aware of it or discovering it as such is a task that all human beings have.

For all the above, nothing can be above man, not governments, companies, ideologies, everything must be at your service and thus allow your growth and help you discover it.

However, for man to value God, he must also value what he is not. As an example we can say that for us to value love we must know lack of love. To value joy we must know sadness. If we know fullness we must know what indifference is. To know and know of the light we must know the darkness.

For this reason, God gives him free will or power of decision so that by means of or through it man himself experiences many situations in his life, and in this way values ​​what he is not, and what he is.

God has prepared such a great gift at the end of the road, for those of his children who do correctly, so that it will be worth the effort on earth with the hope that we will enjoy that prize throughout all eternity.

There is a well-known phrase by all about: “Many are called and few are chosen”, since only those chosen by God will be the ones who achieve the ability to thank and value what God has prepared for us.

God does not exclude any of his children, on the contrary, he seeks a way all the time so that people believe in him in different ways. In this there is another word of affirmation that: “he who does not believe, even if he sees that the dead are raised, will he believe.”

That is why we must have as much knowledge as well as prayer, they are two important weapons since they are the path through which all believers in Jesus must travel, since through it is that the light that illuminates us in our deep walk is turned on, and leads us to the true understanding and comprehension of the reason for life and the awareness of what our real life is.

Today’s man looks to the past and it is not easy for him to believe the simplicity of some knowledge, tools, behaviors of our own ancestors. We must have patience that the man of the future can do the same, from a sphere closer to the true origin, and thus the evolution of man is the true one, that is, the inner evolution.