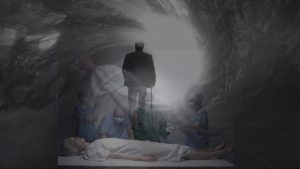 What is there after death ? It is the big question that many ask themselves, until now it represents a mystery that we will integrate decipher in this article, take advantage and find out everything related to this topic.

What is there after death?

For thousands of years, attempts have been made to give an answer regarding this interesting topic, the inquiries have created various spiritual and religious movements that have been the ones that have come closest to the truth, but really, what happens after death?

At present, science has carried out various studies with people who say they have been dead for a few minutes and others for hours, they have served to try to demonstrate that they happen at the moment of death, parapsychology, religion, medicine, and even philosophy have established his own theory regarding this subject.

Something interesting that differentiates us from animals is that the human being is aware that one day he will die, religion establishes a spiritual life after death, heaven exists and the human being of good will has a place earned.

Other religions establish reincarnation in another carnal life, however, some others consider the existence of heaven and hell, where sinners will extinguish their guilt .

But science is looking for tangible answers that allow us to really consider what is after death, some humorists say the following: “If death were really very bad, many would return, they must be very good because nobody returns.”

In this sense, scientists differ when they establish that simply after death there is nothing more, the human body vanishes and the entire organism tends to disappear, at least the flesh, there is no proof that the soul and consciousness can go somewhere. place or stay in some dimensional zone, there is no verification of that, at least from the scientific point of view.

In this article we will try to get closer to the truth and what can really happen after a person loses their life, it is important to say that no science or spiritual current has been conclusive regarding the subject, they have only shown some conjectures that have served as a reference and I support those who believe in each idea.

There are many people who feel that he died

For many years, investigations have been carried out with people who say they have died and later returned, in that period they have reported interesting situations, the one that has taken on the greatest force has been the one that corresponds to a tunnel of light, where the person somehow It is directed towards that luminous focus, so that when it reaches the light it manages to wake up again from the supposed dream.

Some suggest that these people have suffered from REM sleep disorder (Rapid eye movement, rapid eye movement) consists of the deepest sleep phase where the person is completely stable and without feeling any sensations.

Regarding this topic, some say they have experienced the sensation of the tunnel of light. So many people may have confused deep sleep with NDEs (Near Death Experiences)

Specialists believe that there is a connection between EMRs and NDEs, in fact some studies have shown that there is a large number of people who have experienced NDEs without having considered them in a CEM state, which means that science cannot Say the research is conclusive.

Although specialists have achieved a pattern related to NDEs, where people suffer from this situation and represent it in a very similar way, so that they do not get what is the real reason for producing that sensation of observing a tunnel of light.

Is there life after death

Some specialists in neurology and psychiatry try to explain what there is after death according to science , for them consciousness should be separated from the human body, however the experiences of people who have presented sudden deaths say that they have felt something as if The television was turned off and later the activity resumed, opening his eyes and observing himself around many people.

Knowing if there is life after death has led research for centuries, looking for ways to try to understand what is after death, religion has clear answers that materialists and skeptics do not consider reasonable, Jesus in many of his interventions spoke about eternal life, and the path that has to be traveled to reach it.

For Catholics it is a spiritual way of life, where the soul passes to another level, dimension or space other than the earthly, and they even explain what heaven is like, where material issues cease to be priorities, the soul and the conscience of the person who really lives in a world apart from the one we know.

In fact, they establish purgatory  as a place where every human being must respond and answer for their sins and sorrows, this being one of the interesting premises that Catholics establish to establish their doctrine.

Hinduism poses something similar but establishes it through various resurrections, which can happen between periods of considerable years and centuries, so that when a person dies he enters a space tunnel that after dying and after a few hours, manages to find a body where to reside again.

Evidence has been obtained of people resurrected more than 40 times, according to experiences in the various Hindu religions and even in Buddhism, situations where souls are transfigured and pass to another level of enlightenment are appreciated.

The experiences are diverse, and knowing that there are real testimonies after death allows us to consider situations such as meetings with family members, until arriving at a very resplendent place, where there is a person who always gives directions.

I personally received the case of a friend who fell from a second floor losing consciousness when he fell to the floor, as he fainted and was hit on the ground on his back.

He was hospitalized unconscious for three days, when he woke up he told the story where he was in a very beautiful place with lots of light and a bearded man who he did not know approached him, asked him why he had come so quickly to that place, he answered that he didn’t know anything, but the bearded gentleman answered him, please come back because his mission on earth was not over yet.

Upon waking up, the person told the experience to doctors and friends and no one has been able to give an answer to this situation, they do not really know what happens in the mind when a person suffers some tender or partial or total arrest. Some believe that experiences determine what can happen in NDE cases.

Where does consciousness go?

When a person suffers a loss of vital signs and stops breathing for a few minutes, doctors establish that he or she has died, the heartbeat stops and electroencephalographic waves that determine the total paralysis of the body are not detected, the blood does not circulate there is oxygen to the brain and therefore it does not work, leaving many functions stopped, the vascular pathways are paralyzed.

For many quantum physicists, the theories about what happens after death establish various forms, among which we can mention the one that states that the forces and energies that are generated in the mind do not stop.

For them, consciousness is a vital energy that the person maintains for a long time. Contrary to this, traditional physicists establish that consciousness is maintained for a few seconds but stops establishing connections and functions when the brain stops working.

In other words, the information stored in the brain vanishes with it, and there is no way to retrieve it or access the information contained in it in any way. They establish that it is physically impossible for the consciousness to go somewhere and subsequently establish a connection with the physical world again.

Quantum mechanics seeks to establish a connection between ideas and the physical world, that is, to materialize and make everything that is processed in the brain tangible and palpable.

This discipline applies principles of quantum mechanics with traditional systems of continuous fields, that is, it tries to access traditional methods of scientific research in order to demonstrate that ideas can become realities in such a way that they can be materialized.

They consider that everything that exists after physical death uses enough space to house diverse particles, generated through the years of a person’s life in the mind through consciousness.

They posit the following, if life continues after death, the quantum field somehow presents some tangible spiritual particles and forces.

However, researchers in physics believe that it is impossible for the soul to survive death, according to the theories used by science, this type of action is not demonstrable, trying to believe that there is something after death, would be to establish a type of physics that would go beyond what is currently known to man.