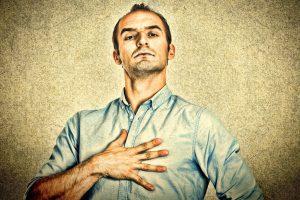 The 7 deadly sins are the most serious sins that anyone can commit, they bring together a series of events and facts that are considered against Christian morality, consult this article to find out if you are committing any of them.

It consists of classifying the 5 activities and facts that go against Christian morality, in them other vices and bad actions are contained that grouped together make up a single sin, they are considered of considerable spiritual gravity. They are also defined as those that branch out from the rest of the sins.

In Catholicism and Christianity they are the most serious sins committed by a person and go against spiritual teachings, they are deviated from Christian morality, when saying capital it refers to the true origin of each sin, so that the church contemplates the 7 deadly sins.

It consists of the uncontrollable desire to try to show off and be better than others, proud people believe they are physically and intellectually superior, it is a sin that results from the undervaluation of the personal self. Also called pride where ego over one’s own person is carried out in excess.

It is an emotional action that implies getting angry without taking into account the consequences of the annoyance, it is related to anger and hatred towards other people, it is considered such an aggressive and dangerous feeling that it causes irreversible damage, where in one of its actions it can result in Even with murder.

Although few understand it, this capital sin represents a continuous desire to possess what another has in their power, for some people it is an obsession that must be treated with specialists and a lot of prayer.

It manifests itself through various thoughts of excess in sexual activities towards other people in a constant and disorderly way, also in some cases it is considered a psychological problem, which deserves a lot of Divine presence and treatment with specialists.

It is one of the 7 deadly sins that affects both the physical and spiritual part and consists of the excessive consumption of food and drinks in an unbridled way, gluttony and anxiety allow a person to be eating all the time, this action affects relationships interpersonal relationships, family life, and the body itself.

It is believed that it is based on the inability of a person to carry out physical and intellectual activities, as well as the inability to consider negatively the acceptance of doing something, it is related to the lack of maturity, for Christians it is a

Christianity established a classification of sins many years ago, however the consideration of who established them has different versions, although the first capital sin was committed by Adam and Eve, the rest of the sins were formed over time.

However, to know how they are classified and their origin, it is important to know that they are divided into:

During the middle of the IV century AD A very kind monk named Saint John Cassian drew up a list of the vices and sins that endangered the spiritual life of any believer or non-believer, the priest, after many analyzes and studies, drew up a list with the 8 most important sins, I tried as much as possible that the list was not too long

So I simplify each sin where some made up some causes that will form the other, that is, some fish contain up to three types of sins. and as we said, 8 deadly sins were established at the beginning, where sadness was included.

According to the agreement to establish the Christian catechism, the high hierarchs of the Church decided to give it the name of Deadly Sins, since each one grouped other serious sins, but Pope Gregory in the sixth century determined that sadness not in the fourth century be classified as a sin, since it represented a different feeling from the others, so it was eliminated from the list, remaining in 7 deadly sins.

How to avoid the deadly sins?

The only way to overcome the capital sins is to establish in our lives the divine virtues, these are the ones that God grants us to lead a full life, each Christian must have the ability to detect the moment in which they feel the arrival of some sin capital.

Establish in our lives the following virtues: humility, generosity, chastity, patience, charity, temperance and diligence. With them we will be creating a protective shield against all vicious and sinful actions.

What does sin affect?

Really in all our way of living, our environment and above all personal relationships, but where sin affects communication with God the most, When we commit any of the 7 deadly sins, we are entering into distortion with the supreme being.

sins represent a very strong burden for anyone who tries to lead a spiritually healthy life, practicing the virtues, helps a lot to ward off the presence of vices and adverse situations, which can diminish our well-being.

Are sins all the same?

It could be said that when an action affects and injures personal integrity and that of another human being, God’s moral code is being violated, and the Church of the 7 deadly sins is established, although they are all the same in terms of creating damage emotional, spiritual and physical, establishing which of them is the most serious would be lying to ourselves.

But as an example we put Gluttony, which these days and in the way our society has been proposing content to promote progress, is not considered to be negative, only if the person tends to obesity and can affect health.

For Catholicism and spirituality, Gluttony is a cardinal sin for obvious reasons, the human body does not need to eat or drink too much, but what is necessary, when we exceed these actions, we are diverting morality from good customs and disrespecting others. who do not have to eat.

We already described the 7 deadly sins, but we did not categorize them, so that the importance of each one is established based on the moral or spiritual damage they cause to the person and their environment, as well as disturbing God as the main entity, however the arrogance is one of the strongest, because it formulates reactions in the person that damage their own integrity.

It is considered an overvaluation of the personal self, and when it comes into action they do not take into account the power of God, and there have even been situations where certain people challenge and belittle God. This is serious from the spiritual point of view, the mind is blinded and faith is not considered as the main value that allows communication with the creator.

Lust and gluttony represent the excesses in pleasures that often destroy any person, destroying families and losing friends through conflicts, anger can be compared to pride but we all know what hate and violence brings.

Envy promotes internal feelings that gradually damage spirituality, control these 7 deadly sins, represent a great internal and external battle for a Christian, virtues must be cultivated in each Christian, through conversation and exhortations to attend Mass each Sunday. We invite you not to leave God aside, tea helps reinforce the virtues so that you do not fall into sin.