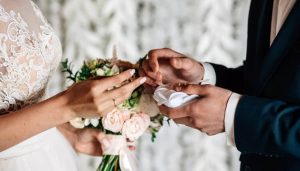 Marriage is one of the seven sacraments of the Catholic Church, which is indissoluble by the laws of man. With the conjugal union between a man and a woman, the new family is built. Through this article you will be able to know everything about marriage and family, reflections, God’s plan, because they are important and much more, do not stop reading it.

The call to establish a marriage is part of human nature itself, that is, it is something natural for men and women, according to how we were designed by the hand of God. In the book of Genesis, chapter 1, verses 27 to 29, it is stated that God created man and woman in his living likeness, provided with love, the conscience to populate the earth and make every living creature and every plant on the face of the earth served for their sustenance.

“And God created man and woman in his image, just as his image is, so he created them”

“He gave them his blessing and ordered them to reproduce so that they would populate the land that he had created for them; he also made them superior to the fish and animals that, on the earth, under the waters and in the sky, they will find ”

“The Creator also told them that they would be able to reproduce all the seeds, the fruit trees, so that they could feed their entire family”

Among the sacraments that Jesus instituted in the church is that of marriage. This is seen as the sharing of the common things of life, between a man and a woman who feel deep love. The ecclesiastical marriage once sanctified cannot be dissolved by any civil authority.

For the purposes of civil law, this union between man and woman is the essential foundation of society and the family. Equal conjugal rights are also founded on this bond.

The church and civil laws have always defended the natural character of conjugal unity, that is, one that is based on the dignity of man and woman, and that leads them to the formation of a couple that respects the values of the monogamous union and that deepens their deep love towards the other.

A commitment to our partner is also acquired when deciding to establish a marriage union, insofar as we owe ourselves solely and exclusively in body and soul to our spouse. Fidelity is, to the highest degree, the fundamental piece that moves and holds this union together. It is not about pretending fidelity before men, it is necessary to show our fidelity before God.

The unit seen as an essential property of the marriage union, is based on the following aspects:

The church is very emphatic in giving the character of indissolubility to marriage, this is the very essence of the union in sacred matrimony between a man and a woman. It is through this property that the marriage bond acquires the character of a bond of union, by which the spouses have the duty to live together as a couple and not contract new ones while the bond exists.

There are exceptions in which the church is empowered to dissolve the marriage union, as long as it is for reasons of defense of the faith of one of the spouses who have been converted and baptized, while the marriage has not been consummated. This dissolution is only possible upon request to the Supreme Pontiff.

The condition of not being able to dissolve the sacrament of marriage that was united by God, is the guarantee that the relationship that is founded on it will allow it to provide a better environment for the spouses to develop and grow as the marriage and the family. that the entire Christian community expects.

The characteristic of an indissoluble union of marriage, allows the following aspects to be more effective:

Well-being in marriage and family

The conjugal bond is soon transformed into a family relationship, in which all its members participate. This matrimonial nucleus, based on respect, understanding and love, is the best school for children to become the best wives and husbands.

It is through love between spouses that the perpetuity of the species can be guaranteed, always with a vision of sexuality and responsible procreation. As long as there is love between the couple, there is the possibility that it will transcend the marriage and the family that will be formed, and that it will be transmitted to future generations.

So that the marriage union is really effective and binding. There must be a mutual and express consent of the contracting parties, where they accept each other. When that dedication is pure and sincere, the least that can be expected is that the union be forever, since there is a prior conviction and preparation from the spiritual, that it is God who is guiding the steps of that future couple. .

Marriage, from the very beginning of humanity, was accompanied by that sacred dimension. Reason why it is part of the seven sacraments that Jesus instituted. It is guided by the hand of God, for the benefit of the same spouses, as for their offspring. The children who grow up under the shelter of parents committed to the sacrament are the future husbands and wives, equipped with the best Christian values.

In order to formalize your request to post posters of your wedding in the parish of your community, it is necessary to meet some basic requirements that we present below:

Celebration of the marriage by the Church

A wedding is usually held publicly, and is attended by friends and family. In the ceremony the priest asks the contracting parties, their desire to accept the other person in marriage, to which they must respond affirmatively.

Followed by the minister of the church blesses the rings, which at the end of the ceremony the bride and groom must exchange, but not before promising each other: that they will be faithful in prosperity and adversity, their union will be permanent in health and in sickness, in addition that the bond nothing and no one can break it, until death separates them.

To culminate the act, the bride and groom express the following words of promise:

“I promise to love, respect and honor you all the days of my life”

After the words are said, the priest confirms the union and proceeds to bless the newly married union.

The family is an institution that is born from the union in marriage, between a man and a woman, who because of that deep love they feel for each other, want to be able to support each other forever and be able to conceive the children that will be the icing on that beautiful cake. , which is their marriage, to educate them in the highest religious and civic values.

The family is conceived as the fundamental basis of society. But this is not limited to mom, dad and son, behind the scenes are the other actors of the scene, such as grandparents, uncles, cousins ​​and many times other people who have no blood ties, but who are an inseparable part of that family unit.

Fertility is one of the qualities of marriage, and this is part of the purpose of the family’s perpetuity. It is necessary to conceive children as the product of immense love and absolute dedication between a woman and a man, who decided by mutual agreement to form a couple that would give rise to an exemplary family member.

It is necessary to preserve the family, hence the importance that couples remain permanently integrated into their Christian community, only with God’s help is it possible to overcome the inconveniences to which marriage is subjected. Divorce is a disturbing agent of the permanence and stability of our families.

What role does the family have?

All the components of society play a role, each one from their positions, but without the collaboration of all, it would not be possible to maintain the balance. That is why we mention some of the characteristics of the family.

For husbands, is it easy to cope with the demands of married and family life?

Of course it is not an easy task, but thanks to God’s help we can face everything that is demanded of us. The Holy Spirit gives us the grace, so that, through him, the hearts of the spouses are not hardened by the rigors of having to face so many adversities.

It is essential that family members actively participate in times of prayer, in establishing permanent communication with God. Let us remember that only he heals our hearts, and drives us to bear his own burdens, of having the responsibility of building, lifting and directing the family to a safe port.