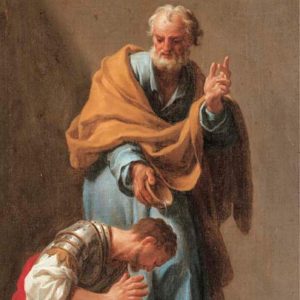 The Early Church, we invite you to learn about the amazing history of the Early Church, its importance in Christianity, traditions and doctrines. We will discover in detail its beginnings and how it came to turn polytheistic believers into monotheists.

What is the Early Church?

The primitive church arises from the word and example of Jesus, his followers and especially the apostles were the evangelizers who gave continuity and obeyed the commandment of Christ who entrusted them “Preach the gospel to every creature.” This was the foundation of the early church.

The truth is that not everyone converted, but what is very true is that the Christianity professed since the early church, transformed the entire world. What was the reason why from the early church, people converted to Christianity in the first three centuries. As is known, the first Christians were notably persecuted, the promoted change of believing in a God threatened the control that the high elites had over the people.

Believers in God were excluded from circles of influence and were put to death. Which was why the Roman emperors were so hostile, especially to this group that was part of the early church. For the time it was proposed that people had their own beliefs, however, despite this they had to be willing to show respect and honor before the other gods.

In almost all places, regardless of status or guild, they had their own gods, but as we have mentioned, the gods of those groups, guilds, and households had to be honoured and the early church only honored one God. This was identified not only as a disrespect to the other Gods, but also as a great danger, since the absence of reverence before the gods could provoke their wrath, it was the belief of the time.

Christianity spread to other ethnic groups and those who were initially pagans converted and stopped worshiping the other gods. The early church, a movement that began from those closest to Jesus and spread to the family nuclei and grew in a timid but determined way, this was seen by the Roman authorities as a matter of social order. The primitive church was definitely a threat that modified the culture, way of life and violated the control of the empire, therefore, they were seen as a threat.

Expansion of the Early Church

As we have been able to observe, Christians were seen in Roman society as a threat, they were considered very exclusive because they refused to worship other gods, they only honored their God. However, and despite the beginning of persecution, of putting his life in danger, Christianity grew unstoppably. What was the reason for the early church to grow despite being designated as sects, being excluded and persecuted.

The early church became a social project, in which solidarity and support between Christians attracted people. The Christians made changes in the customs and behaviours that benefited and were well seen.

For the beginning of the primitive church, the society still seen at the time was full of customs that did not bring well-being, debauchery was accepted, men could have relationships with whoever they wanted and this was not frowned upon.

No matter gender or age, however, the early church promoted intimacy within marriage, which proposed a counterculture. Being charitable and helping the most helpless no matter who they were, also made Christianity well seen by many. A multi-ethnic early church begins to grow, everyone was equal in Christ, something unprecedented, while Christians were rejected, the early church opened its doors to everyone.

The culture of forgiveness prevailed in the early church. The Christian church offered a direct and personal relationship with God, something new and unique, in addition to the fact that if the people who converted to Christianity, by the grace of God and the sacrifice made by Jesus Christ, they would have eternal life.

In other religions salvation was obtained by one’s own effort, but no one was safe until death, Christianity on the contrary offered salvation, not by one’s own work but by that carried out by Christ, this was not offered by any other religion either.

One of the most outstanding characteristics of the early church is that Christians were capable of withstanding persecution, they defended their ideal and their belief even knowing that it could cost them their lives. In the acts of the martyrs, the trials to which the Christians were subjected are outlined and in reading them, the delivery and confidence of the reward of eternal life is evidenced, even more so if they went through similar suffering. to which Jesus of Nazareth passed.

In the book of Acts chapter 7 verse 59 “And they stoned Stephen, while he called and said: Lord Jesus, receive my spirit”. Stephen, a deacon of the early church in Jerusalem, was the first victim for being a Christian. The Christians obeyed God above all things, in the Book of Acts they tell about the moment in which the apostles were imprisoned for teaching the word of God, and being in prison an angel was present and set them free saying that they should go to the temple to teach.

When they went to look for them, the cell was closed, the guards stationed outside, but there was no one inside the prison. They went to the temple and brought them before the council, but without violence and when he was rebuked that they had been told not to teach in the name of Jesus, they replied “It is necessary to obey God before men”.

They helped each other, sold their belongings and distributed them according to need, this way of acting in the early church was ideal because it was based on love and everyone who approached her recognized how much they loved each other.

It was a committed community, supportive and jealous for the works of God, preserved in the doctrine of the apostles, in communion and in the breaking of bread. The twelve apostles after the ascension of the Lord, were the ones who guided and evangelized, with such dedication that there was no one who did not convert after hearing them.

We consider it important to recount how the primitive church was established and how it developed, so that we can have its journey and recognize that it did not arise overnight, but rather took a lot of work, sacrifice, dedication and dedication. Nowadays it is good to remember these times, because when problems arise, we generally have doubts and uncertainties in faith, it is necessary to return to the origin. It is the early church that is the vision upon which we must foster the development and growth of our own church.

After the resurrection of Jesus, he met several times with his disciples, the apostles, to give him the guidelines of how they would give continuity to the work initiated by him. He indicated to them that they would be authorized by the arrival of the Holy Spirit.

In the book of Acts we can confirm what we will relate below, the intention is to show the sequence in which the early church developed. In the book of Acts we will find the experiences of Peter, Paul and the other apostles. We must always keep in mind that although today we recognize them as saints, they were originally ordinary human beings, with virtues and sins. It was through them, their dedication, commitment and love for God that the gospel reached us.

The beginnings of the primitive church were hard and difficult, they had to study a lot to be able to face the task, according to the events and advances we can recognize a first stage, in the primitive apostolic church in the years 30 after Christ until the year 100. Then we can identify the early church from the year 100 to 450 after Christ, we can speak of the post-apostolic early church.

After the year 450 to the year 1417, the primitive medieval church, then comes the Protestant church that is established until the year 1650, then the post-reformation that is present until the year 1740. Then the revivals follow each other until the year 1840 and from hence the modern stage of the church, which reaches our days.

In the first stage is the birth of the early church, which occurs on the day of Pentecost, with the descent of the Holy Spirit on the apostles. The beginning is found in Galatians chapter 4 verse 4, we can confirm the arrival of the Son of God. The decision of the time that Christ would be among us is an exclusive decision of God.

Why in this part of the story, God decides to send his son? Actually, we don’t know, but it was definitely the ideal time, because Alexander the Great lays the first foundations of world globalization, for which a unified language had been implemented, which allowed and facilitated evangelization. For this reason, this unified language was used for the expansion of the gospel and Greek, because it was more accurate, was used to write the New Testament.

Another of the conditions for which it is considered that this was the best moment for the arrival of Christ on Earth, is the absence of answers to the concerns on the part of the philosophers and these were answered by the revelations of Christ.

The presence of the Roman Empire had brought stability and peace, so there was respect for the principle of religions, as long as they did not interfere with the peace of the peoples. The existence of communication routes and the presence of synagogues also played a fundamental role in evangelization. Therefore, it was the perfect time, that is why we always say, God’s Time is Perfect.

With the perfect conditions for the beginning of the church, the descent of the Holy Spirit on the apostles as indicated by the risen Jesus gives the beginning of the primitive church. The conversion of the pagans into the recognized Gentiles begins. The love and compassion was evident among the Christians and this attracted a lot of attention and gained followers, being the first leaders or pastors of the church, the apostles.

After the apostles appear the prophets who received revelations from the Holy Spirit and brought revelations to the church and these were under the authority of the apostles. The work of the evangelists were those in charge of raising churches in the local towns and then God, through the persecution of Christians due to the growth of the early church, forced them to leave Jerusalem, which served to bring the church primitive to other cities.

The first church was the one created in Jerusalem, but in the year 70 with the invasion produced by Tito is what caused the migration. In the year 84 the Christians are excluded from the assemblies, the Romans evict the Jews from Jerusalem and for this reason the church loses its influence in that city. The Christians who had to migrate also carried the word of God wherever they went and in this way the early church spread throughout the known world.