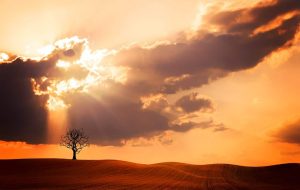 The Church has the mission of forming and making all its believers grow in faith, so that they learn to live and share with God and that he be glorified. If you want to know everything about the mission of the Catholic, Evangelical, Christian Church and much more, read this article so that you find out, do not stop reading it.

What is the mission of the Church?

According to the 2nd Vatican Council, it was assumed that the church has a starting point, that it starts from the new era and that it needed to be built with very well defined foundations of what its true mission would be, this is very clear in the book of Matthew chapter 16, in its verse 18 when Jesus says:

“I tell you that you are Peter, and I affirm that on top of these rocks I will build my church, and the gates of the kingdom of death  will not prevail against it”

Throughout history the church has been affected by innumerable crises, but this does not mean that its commitment to the people has been completely neglected. There has always been and will continue to be a moral reserve that is placed at the forefront to lead it to a successful conclusion. Below we briefly mention the most significant crisis events to which the church was subjected:

This occurred from the very moment in which the death of Jesus took place, questions were raised such as, should we remain united? Does everyone make up his congregation and do we continue to profess the word? Guided by the Spirit of Jesus, they decided that they should gather in prayer in the company of Mary.

It is the product of the physical absence and lack of guidance from Jesus decades after his death. They found themselves with the dilemma of not knowing if they were Jews like their parents, it was appropriate to call themselves followers of Yahweh; respect the Law and the Temple.

For just like the existential crisis, they were once again enlightened by the Spirit of Jesus and came to the consensus that they were all the same regarding the faith of Yahweh, although they considered themselves very different from their belief that the only Messiah is Jesus, the son of God. of God by whom they were saved.

essential mission of the church

Currently, the ecclesiastical structure is struggling to establish clearly what its mission really is, a Catholic Church that is definitely unaware of the importance of the role it plays at this time. Humanity is going through quite important stages of crisis, there is a food shortage in many regions of the planet, wars everywhere that devastate entire cities, deadly viruses spread around the world.

And within the church, the questions that for centuries have been the biggest headache of its authorities arise again: should the church focus on assisting the most needy? or on the contrary, should their ministers and other members dedicate themselves to announcing the gospel of Jesus?, among others that are also of great concern to the church around the world.

Doing a bit of history and reviewing what was expressed in the Second Vatican Council, that all those who are baptized are priests or not, has the mission as a living church of the evangelization process, which is in essence the main mission of the church. It is important to highlight that true evangelization is one in which the name, life, kingdom, doctrine and mystery of the Son of God, that is, Jesus of Nazareth, are announced.

A reminder is made by Pope Benedict XVI, who pronounces saying that true and authentic evangelization is that which occurs when we manage to establish a personal encounter with Jesus.

On the other hand, another successor of Peter pronounces himself, in this case Pope Francis saying that it is through the adoration and contemplation of the Son of God that the church can leave the comfort of its walls, and enter the communities to bring them the joy of the gospel.

significance of the mission

At present, it is necessary that the true mission of the Church be kept in force. It is vitally important that believers continue to nurture and foster the desire to go beyond towards the spiritual, with the help of Jesus and the entire community that makes life in the church.

It is not allowed to falter in the evangelizing mission, since time will pass and a few centuries later we will have the most beautiful cathedrals and the most colorful museums provided with exquisite religious relics, but we will not know the meaning of each one of them and what their origin was.

The message was quite clear, the church must be a faithful instrument and allow itself to be led by the hand of Jesus so that it is a multiplier of the message for salvation, giving continuity to the mission that Jesus proposed.

“The Spirit of God is upon me , and I have been marked to be the mouthpiece of the gospel to the poor . I have been sent  to announce freedom to the prisoners ,  and so that what they do not see may recover their vision ; to set the oppressed free

To the extent that more is evangelized, the church and the faith will be much stronger. Carrying the word of faith with great enthusiasm guarantees that we can thank God for the gift of faith and this will be the best way to preserve and enhance one’s faith.

Church challenges in the community

It is necessary for the church to return to being timely in dealing with its parishioners, it must return to the old way of Jesus when he shared with his people. He knew his shortcomings, illnesses, worries about him and his conversation was simple and sincere. That must be the attitude that the church must adopt today.

A church committed to and for the gospel of Jesus is clear about the need that each of the people who make up its ecclesiastical community have. Recognize that these needs are not only spiritual, they also have work, family, affective deficiencies, among others.

Being successful does not imply having large fortunes in bank accounts, owning large tracts of land. Deserving God’s recognition for our actions is the best reward. If as a church we are capable of taking the gospel of Jesus to small groups of communities, but in a sustained way, we will be guaranteeing the multiplication of the message.

The church must be the voice of those who do not have it.

“Speak up for those who cannot speak for themselves; make sure that each one of those killed gets justice.

“Yes, you say something in favor of the poor and defenseless, and make sure they get justice”

It is extremely important to have the willingness to train future generations. The church must not give up in meeting this challenge that history places on it, otherwise there is a risk that it will fall into religious obscurantism and the word of God may vanish.

Relationship between Church and State

Although they are completely different fields, there has always been an intimate relationship between religion and politics. The man of religion and the citizen complement each other in the same person, who ultimately has to fulfill his duties with the church and the duties inherent to the social, political and economic.

However, parishioners know how to distinguish very carefully what their rights and duties are, surgically separating those that belong to the Church and those that are or are part of society.

Foundations of the role of the church

It has always been sought to understand more precisely what the true mission of the church is and what mission we have as part of that church. So everything is based on the union or congregation of the Father, the Son and the Holy Spirit:

“If God is with us, then who dares to be against us?”