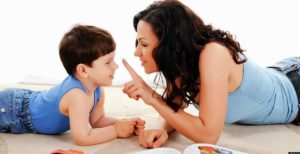 The family authority , it is about the representation in the homes of the splendid, loving but very effective assistance that mom and dad grant to their children. It is through authority, with which parents help each other, little by little, to make their children better over time, so that they get the best training, punishment, experience and why not virtues.

The authority is about the jurisdiction and power that is possessed to govern or practice command. The authority is nothing more than that particularity that is provided to a person, through a position, job or trade with the right to give orders. Likewise, it is that quality that makes a demanded order be fulfilled. It is for this reason that having authorities: on the one hand, order and on the other, it is complied with.

In this same sense, it can be said that the authority is linked to the power of the state that is in charge of and is governed by a series of laws and regulations according to which it is provided with the power to exercise said authority over the peoples that constitute part of it. . Said authority should be aimed at individuals who exercise or possess any kind of jurisdiction, whether in politics, student or training. Of home.

There is something that we call moral authority that refers to that which is assigned through the coherence that is granted to a person who demonstrates with his words, his values ​​and his actions. Representing moral authority, excellent actions must be shown, in the best way, showing off to others, the way we conduct ourselves, how we make good decisions and act, this is when many consider that the effective power of authority It is found in moral authority.

It is the authority that allows the faculty to practice superiority in command and decision-making in a company or institution.

There are those who wonder what is family ? Well, that is what is known as the first social contour of people, where the main values, principles and idea of ​​life are assimilated. It can also be defined as a social group with an affective and formative base, where people united by all kinds of affective ties sympathize, and much more for love, it is about that common plan, either because they got married, and even started to adopt kinship.

As you have already been able to read, family authority is nothing more than trying to be a tool that we use to help and guide our children so that there are better individuals in the world, it is that education that is forged with alliances which needs the delicacy to feel like loved ones solving the day to day for the better, so that parents must help each other in the education of their children. All this, within the true love that seeks the good of the person we love. In this case, the children.

Perhaps in some homes there are those children who seem to assign their will above that of their parents to the point of governing and manipulating very easily.

This type of environment is usually characterized by mom and dad rolling around their children and not letting them have any responsibilities; This begins when the following situations begin to occur: the parents serve them food, the parents clean and wash everything that they have to clean and wash, and even in some cases, the parents fear them, the parents do not place limits on them and, as a result, many children become self-centered, spoiled, aggressive, and disobedient.

Types of upbringing for family authority

The third role is based on what we call participatory education, the one in which mom and dad retain their authority, but nevertheless offer them the opportunity to incorporate one or the other the opinion that their children offer them, thus allowing them to make some decisions.

As parents, it is up to us to give our children some space so that they can communicate and express what they think and feel. They should feel that their opinion is heard, heeded and appreciated, but the authority and handling of the rules should always be the role of the parents.

What does it take to form a good family authority?

There are many parents who think that exercising authority in the family is only about commanding, but not to form but to fulfill the will of those they wish. Let us remember that Jesus told us that we must serve God in each of our children and we must serve and love them. Well, for that I will give you a step that will help you with family authority:

It is necessary that you try as much as possible to support your partner, it has to be given between the husband and the wife. An example of this is, If mom gave some kind of guideline, dad’s response should be as close as possible to “try hard and obey everything is for your own good”.

At no time is it advisable to disavow the other parent with phrases that may seem innocent to us but the truth is lethal in parenting: “Don’t pay attention to him or pay attention to him” he must respect and not fall into this type of attitude. We must know that the word of our spouse is reinforced by the other.

The sacred scriptures tell us that those who serve others will always live in full prosperity on earth. So we should not have any kind of fear, to exercise our authority in the home remember that Jesus came to earth to serve others, and this is the example that we must assimilate because the one who commands the one who serves.

The bible tells us that everyone who strives to be an example will have every right to command, parents should strive to raise their children by offering them the best of examples to follow, an example of this is, it is very common to ask our children who, after playing, must put away their toys. They will do it, but adults should stop after finishing any activity, such as putting away the instruments they use, whether it is cooking, washing or working.

It is recommended that at the moment of giving an order or exercising authority we explain the reason why to abide by what is being indicated, because despite being a command it should also be treated as a dialogue with the child, the example of this is “You must store the toys, so that at the time we pass through this place no one trips over the toys, thus avoiding damage and preventing any fall” the purpose of this is not only to pick it up at that time but to create the habit to always keep everything in its place.

It is important that we always maintain calm, serenity and personal control. It is not recommended that they exercise some kind of family authority if you are upset, unwell or in a bad mood. Because most likely, instead of being a command to give an example, there is a case in which you can offend a member of the household. The best thing for this type of situation is that you stop, calm down and take a deep breath in a situation like this, managing to calm down and after you have already done these, then you can proceed to give the order that is needed.