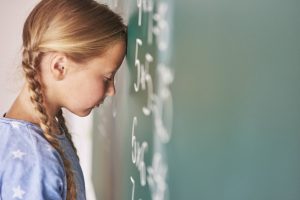 We were born genetically human, but humanization depends on the training of skills that are not innate, but learned throughout life, with childhood being the propitious and necessary period for these to be developed, stimulated and internalized, although there is no specific age to invest in an “emotional literacy”.

Socio-emotional skills are essential for a healthy relationship between the person and his/her interpersonal relationships since intrapersonal and interpersonal skills are directly related.
However, unfortunately, these were not included in the curriculum planning of schools. So, the only way to learn them would be in practice, between “errors and successes”, in daily life and in the involvement of situations that involved altruism, control of impulsivity, civility behavior, environmental analysis, autonomy, self-analysis, empathy and practical problem-solving.

In this context, the family and educators have a fundamental role in directing children and adolescents. The problem arises when the educators themselves do not have these skills developed, especially with regard to parents, who are the first model of their children’s behavior. As the old saying goes, “an example is worth a thousand words” and there is nothing worth saying and not doing to serve as a model, since it is in daily actions that the child internalizes ways of (re)acting and behaving, that is, they identify and model themselves mainly on caregivers.

Thus, the child molds his way of acting in the world through family experiences and apprentices, which unfortunately are sometimes not adequate, nor healthy, as in the cases of Families of High Expressed Emotion (FAEE).

The good news is that in 2021, social skills training was included as a pedagogical proposal in the school curriculum, in which 10 socio-emotional skills will be prioritized, according to the guidelines of the National Common Curriculum Base. This initiative is extremely necessary, since education has been perceived, evaluated and invested mainly in the cognitive, rational and intellectual aspects, prioritizing knowledge, but not preparation for life, for living with others and their challenges, nor for the awareness and management of emotions.

That is, it is not an integral and full education focused on the self-knowledge and self-development of a human being in its fullness, but mainly for the knowledge of disciplines and sciences of the external world, of how to have the best cognitive performance and technical knowledge to deal with scientific and technological aspects. And to this we often attribute the meaning of “success in life”.

What about dealing with life’s issues? And how to manage interpersonal relationships? At no time do I want to say that the rational aspect is not important, but it is of little use for a person to be cognitively prepared to exercise a position or a profession in society, if he is not adequately prepared for living in this society. Worse than that, there are still those people who find a conflict, a problem, a contention, a discord in everything, generally perceiving the other and the environment with hostility or threat. Definitely,

Let us reflect that people do not relate emotionally to content and subjects, but to people, all the time, in our daily lives, in the family environment, at work, in a marital or friendship relationship. Therefore, it is essential to deal with the circumstances of life in an empathic and assertive way, requiring training of social skills.

Sometimes, in the children’s clinic, when parents present complaints of irritated, aggressive or “badly educated” children, it is sometimes found that parents also need follow-up to develop mainly socio-emotional adequacy, self-control, a sense of justice. evaluation and assertiveness. In other words, parents also need monitoring in their emotional suffering because they are also people, they have their questions and models of behavior that have been permeated and internalized by their families.

Using the self-monitoring technique for self-knowledge:

In general terms and as the name suggests, this technique consists of observing your own behaviours and reactions to life situations, and writing them down in a notebook or diary. Note-taking is important because over time the person forgets those feelings and behaviours that need to be evaluated for socio-emotional adequacy. The focus of this strategy lies in self-knowledge, in the restructuring of dysfunctional thoughts that are the basis for decontextualized behaviours and that are triggers for internal and external conflicts, such as acting with impulsive or aggressive behaviours, for example.

These data are taken to the office or group therapy to be evaluated and worked through other more in-depth techniques with the objective of raising awareness of the reason for that dysfunctional behaviour,