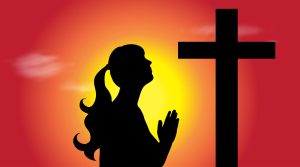 The hierarchy of the Catholic Church

As we already mentioned, the Catholic Church has a hierarchical distribution, but unlike companies, this is not about establishing its authority, it is more about how to proclaim the gospels and of course the training of charity.

In the Catholic Church there is a great diversity of members, who have different responsibilities  and tasks to fulfill. Some of these tasks are public in the Code of Canon Law, this is the text that refers to the constitution of the Catholic churches.

Perhaps, just as it happens to many Catholics that they do not know the difference between the members that are part of the Catholic authority, throughout this article I will explain how they are organized and the next time you attend church you will be able to easily identify them.

The clergy represents what is known as those who sanctified their lives to the religious activity of the institution. The characteristics of the clergy depend on each religion for the Catholic, they consist of undeniable ceremonies, an example of this would be the commemoration of the Mass, which is a community meeting place for prayer and mainly the consecration of the host. The commemoration of the sacraments.

Therefore, it is the conduit that leads us to the sanctification of the person, excluding baptism in some cases. It is because this baptism is for the exclusive uses of the clergy participants not including deacons.

The organization of the clergy before the headquarters of its hierarchy, in an ascending manner which is based on the 3 sacraments of the order: the episcopate, the Presbyterate and the Diaconate. This is developing from the deacon and goes through the priest, the bishop, the archbishop, the primate, the patriarch in one or another process even by the Cardinal and so on until he reaches the highest position of the supreme pope.

The normal clergy always have their own hierarchy and their own ecclesiastical nobles, we could say that they are all the subordinates of the Pope. To be part of the clergy you must be a man, many wonder why the reason? Well, the 12 apostles who followed Jesus were men and Jesus came to earth in the form of a man and is based on the representation of them.

Deacons and priests are different cases in the Eastern Catholic Churches, this is due to their exclusive ordenate, in which their organization houses ex-Anglicans, which is an intermediate position between Catholicism and Protestantism. All of this became at some point Catholicism.

It should be clear that absolutely all Catholic clergy are required to observe celibacy, although for the Eastern churches, celibacy is observed only by monks and bishops, of course they are chosen from the priests who are celibate.

Like this, the clergy of oriental ceremony is also supervised by the Congregation for the Oriental Churches. Well, it is precisely the church that is in charge of protecting that all its bishops, who are assisted by priests and deacons, are successors of the apostles and it is the Pope who represents the Apostle Peter, meaning that he is the direct successor granting him the authority and superiority to the Pope.

For the Catholic Church, the episcopate is made up of the prelates, who are the consecrated officials and who have already taken the entirety of their sacrament of the priestly Order, it is for this reason that they are considered as the direct successors of the 12 apostles excluding the Pope in which It has a universal and supreme authority over all the Catholic Churches.

The prelates are the ones who manage to have quite ordinary jurisdiction, their respective and in different ecclesiastical circumscriptions, which we know and are called as dioceses.

For the Catholic churches, the Pope represents the first Vicar of Christ on earth, the Pope or Supreme Pontiff is a Bishop of Rome and is also the successor of the Apostle Peter, who is placed with the title of Pastor of all Christians, just as Christ conceived Saint Peter and subsequently all the Popes

The Pope is the Cardinal who is advised by the Synod of Bishops and elected through the conclave, which is the secret meeting of all the cardinals of the world, and is designated through prayer and the assistance of the Holy Spirit to be the one who guides the whole church and the college of cardinals in their government of the Church, is assisted by the Roman curia. It is in Rome where the chair of Peter is based.

They are the advisers and the most intimate collaborators of the Pope, in fact they have been established by the Pope and the vast majority are bishops, they are sent from different countries to guide and take care of the current Church in their particular place. It is the cardinals who form what is known as the college of cardinals, the participation of the college of cardinals is so important since the Pope is elected by them and this lasts until the life of the person who is governing ends.

Although resignation from the Vatican is rare, the last one that happened was that of the Middle Ages in 2013 to be more exact on February 28, even so, the Pope assigned outstanding priests in the past for the sample of them we have the theologians, places of participants of the College, after overcoming the electoral age, and of course it is only asked that they distinguish themselves in faith, morals and piety.

Many of the cardinals meet with the Pope to make pastoral and doctrinal decisions, or to choose a successor of Peter when there is a vacancy, this refers to when for some reason there is no Pope in office. Cardinals serve in the Roman Curia and as already mentioned assist the Pope in the administration of the Church.

The majority of the cardinals who have an age range below 80 years in order to have the right and privilege to vote when electing a new Pope after the death of his predecessor. Cardinals are commissioned a church or chapel in Rome, to make him a participant in the clergy of the Roman city, and this is how the ranking of cardinals is generated:

The patriarchs are the leaders of the Eastern Catholic Churches, that is to say the highest authority in all matters of the Eastern patriarchy, without excluding the right to form new eparchies that are in charge of the territorial circumscription under the authority of a bishop as well as to appoint bishops of their ceremony within the terms of the patriarchal region,

I explain to you the patriarchs are elected by their respective synods and later they are recognized by the Pope, this is the right of the Pope to interfere in every matter. Currently there are only 6 types of Eastern Patriarchs in the Catholic Church on average:

In some churches and above all the Latin ones, the great and important bishops are considered as Patriarch and they are called in this way, it  should be clear that this is only a name or title, the fact that they are called that way does not give it any kind of authority additional, that what happens with the eastern patriarchs is totally different because they are granted a certain authority. The existing Latin patriarchs , currently are:

1.-The Patriarch of the East Indies: is the name  given to the Catholic ecclesiastical jurisdiction in India.

2.-The Patriarch of Lisbon: is the title given to the archdiocese of the region or metropolitan see of the Catholic Church.

3.- The Patriarch of Venice: is the designation given to the metropolitan see of the Catholic Church belonging to the ecclesiastical region of Triveneto.

Patriarchs, both Latin and Oriental, enjoy preference, if only as an honorary title, for all archbishops.

The archbishops are prelates who, in most cases, are in charge of the archdioceses that are the Latin Churches, with a seat and with a higher rank than the conventional ones, outside the seat of an ecclesiastical department,  the latter almost does not happen . Those who become metropolitan archbishops regularly possess similar powers of supervision and jurisdiction, of course, this is limited over their Christian district or territory known as a diocese which constitutes a portion of the ecclesiastical province concerned.

There is also the title of metropolitan archbishop that is given to the leaders of the Eastern churches that, due to their small size, could not be promoted to larger archdioceses or patriarchates. In 4 Eastern churches they had to stay with the level of Major Archdiocese. These Churches are also elected by their respective synod and later confirmed by the Pope. These four major Archbishops are honorably senior leaders and others with higher authority than the Archbishops of the Catholic Church. There are other titles such as:

Bishops are priests chosen precisely by the Pope to be sanctified as assigns of the apostles.

The bishops have the mission of teaching, sanctifying and governing a portion of the Church in such a way that they travel through the different cities of the world, they are entrusted with the care of a specific Church, they must fulfill their obligations since each church forms part of a fraction of the Universal Church and that is under the guidance and relationship with the Pope, they take care of the pastoral and moral discipline of the diocese or archdiocese that has been entrusted to them.

The priests or also known as presbyters. They are all those men who undergo training for a minimum of nine years and after completing that training in a seminary or religious community, are ordained by a bishop.

All this is carried out in communion with the bishop and what in turn is certified by the Pope and the universal church, they shepherd a parish community or fulfill various pastoral functions that are assigned to them such as: visits to families, to the sick, especially the dying, strengthening the direction of the sacraments for all. Priests can be divided into:

Just as 2 types of parents are considered:

The hierarchy of the Church ends with the deacons, they are the assistants of the priests and bishops because they only have the first degree of the sacrament of orders. They are ordained not for the priesthood, but for the assistance of mercy, of the publication of the Word of God and of the liturgy. Even so, they do not consecrate the host which is the central fragment of the Mass and they do not administer confession or reconciliation. There are 2 types of deacons:

Everyone and absolutely everyone, from the deacon to the Pope, is formed by the Catholic Church, they must be united by communion and their essential task is to pray for each other at all times.