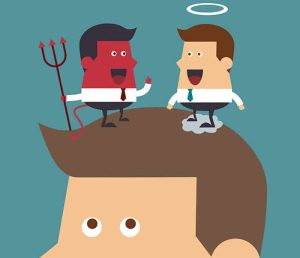 Natural law is a concept that all of us have referred to at some point, but its meaning may not be fully known. Thus, if you want to know everything related to natural law, examples and characteristics, be sure to read this article.

Natural Law is, basically, a set of principles that are studied both in the field of ethics, theology, law and social theory, which refers to all those characteristics that are permanent in human nature, which also work as a basis for guiding conduct and establishing civil law. In essence, natural law is considered to be invariable, in addition to being applicable in a universal sense.

However, it should be noted that the meaning of natural varies due to the ambiguity of the word nature, which is why natural law can be said to be an ideal, to which humanity aspires; In the same way, it can be considered as a general fact that is understood as the way in which human beings act as a rule or as a rule. It should also be noted that natural law differs from positive law, since the latter is established by civil society.

It should also be mentioned that the concept of natural law has two significant uses; On the one hand, it can refer to the opinion that emanates from reason and the set of rights that are based on human nature. On the other hand, it can refer to the physical norm by which it is established how the behavior of people should be in certain situations. In addition to this, the term Natural Law is very broad and often misused, which is used by various schools of Philosophy, Science, History and Law.

Natural Law is made up of all those principles that are based on the nature of the human being, and are often shared by all those people who make up this society. In this sense, natural laws are directly linked to that doctrine known as Iusnaturalismo. Now, in order to fully understand what is meant by Natural Law, it is convenient to make some clarifications regarding two terms, which are Law and Jurisprudence, namely:

The Law is defined as a set of rules of action or conduct that are prescribed by the authority that has control of the company, and its precepts are binding, in its most generic sense. The Law is also what must be obeyed and observed by those citizens who are subject to being sanctioned for violating it.

For its part, Jurisprudence is itself the philosophy of the law and how it was developed, that is, they are all those decisions that have been made by judges based on established laws; that is, the way in which the laws have been executed and applied.

Based on these concepts, natural law is a moral theory of jurisprudence that maintains that the Law must be based on morality and ethics, or also on what is correct. Furthermore, Natural Law is discovered by human beings through the use of reason, and through the selection of what is good and what is bad. Therefore, the power of natural law consists in finding certain universal standards related to ethics and morality.

Now, for the current of Iusnaturalism there is a natural right that all more people possess by the simple fact of being part of the human species. What this means is that this right is associated with human nature, so it is universal and is related to natural laws. From this perspective, natural law precedes, is superior to, and is independent of positive law and customary law, so that anyone who violates these laws commits a fault.

In addition to this, a Natural Law is a physical principle established through concrete facts and empirical tests, understanding the term principle as a determined set of phenomena, which is specified in specific conditions. Thus, these natural laws are conclusions that arise from scientific evidence and observations that have been repeated over time and accepted by the scientific community; for this reason, through the postulation of material laws it is possible to describe reality and everything that surrounds humans.

It is important to note that the Greek philosophers were the first to structure a doctrine about natural law, when in the 6th century Heraclitus affirmed the existence of a common wisdom that permeated the entire Universe, since he alluded to the fact that all human laws are They feed on one, which is the divine. For his part, Aristotle made a distinction between two types of justice: on the one hand, he affirmed that a norm of justice is natural when it has the same validity everywhere and is not subject to acceptance by society.

Meanwhile, a norm is legal or conventional when it can be fixed in one way or another indifferently.

In addition to this, the Stoic philosophers developed a systematic theory about natural law, according to which the cosmos is ordered according to a rational principle by an active principle, the logos, which can be called God, soul or destiny. It should be mentioned that all individual nature is part of the cosmos, and to live in harmony with the mandarin of virtue is to be in harmony with nature itself, to live in accordance with reason.

All this is due to the fact that passion and emotion are considered irrational movements of the soul, since the sage seeks to diminish the passions and consciously embraces the rational.

Now, Marco Tulio Cicero was in charge of popularizing this doctrine among the Romans, since he formulated a famous definition of what Natural Law is, namely: “The true law is the just reason in accordance with nature; it is of universal application, invariable and eternal; it requires the fulfillment of its mandates, and averts evil by its prohibitions. There will be no different laws in Rome and Athens, or different laws now and in the future, but one eternal and unchanging law will hold for all nations and in all ages.”

The theory of natural law held by the Stoics was compatible with the beliefs held by Christians, so for example Saint Paul referred to the Gentiles, as they do not assume the law of Moses, so they naturally disobey what is required. the law.

For his part, the Hispanic theologian San Isidoro in the 6th century argued that natural law can be observed everywhere by a natural instinct, and he exemplified it with the laws that order marriage and procreation. The texts of this theologian constitute the main manual of Canon Law of the Middle Ages, and gave rise to a wide discussion among representatives of scholasticism, among whom Saint Thomas Aquinas presents one of the best known theories.

This character calls the rational government of God’s creation Eternal Law, which gives all human beings sufficient guidance to carry out those actions and purposes that are inherent to their nature. Thus, rational people participate in divine reason itself, by directing their own actions and guiding the actions of others.

For this reason, it is affirmed that said participation in the eternal law of natural creatures is called Natural Law, which has elementary aspects of human nature in the sense that a distinction can be made between what is good and evil, through the use of reason.

The character named Hugo Grocio, who was an Irish jurist, is considered the founder of the modern theory of natural law, since he defines it as a set of rules that can be discovered through the use of reason; however, he put forward the hypothesis that the Law would always be valid, even if God did not exist or if the problems of human beings were not inherent to it, which is why he separated it from theological assumptions and gave rise to rationalist theories. that took place during the seventeenth and eighteenth centuries.

On the other hand, the German jurist Samuel von Pufendorf developed the concept of a law capable of establishing the natural order, in a more complete way; if, in his different works, a primeval condition of nature was proposed from which a kind of social contract arose, and then said theory is concatenated with that of natural law.

In addition, Locke’s doctrine, which established that the human condition had endowed individuals with certain inalienable rights, which could not be violated by any authority on earth, was incorporated into the Declaration of Independence of the United States.

Later, during the 19th century, the theory of natural law was criticized frontally, so much so that its very existence was considered improbable and was partly replaced by utilitarianism, a term defined by the English philosopher Jeremy Bentham as the greatest happiness of the greatest number. of possible people.

It was also replaced by legal positivism, which stipulates that the law is exclusively based on the mandates established by the ruler. However, the atrocities experienced during the Second World War, made the establishment of a rule superior to natural law prevailing, for which the founding charter of the United Nations Organization proclaimed the faith as far as Human Rights are concerned.

In this sense, on December 10, 1948, the Universal Declaration of Human Rights was established by the UN General Assembly; but it constitutes more of a pronounced moral, than a set of binding rules. However, it was established that way.